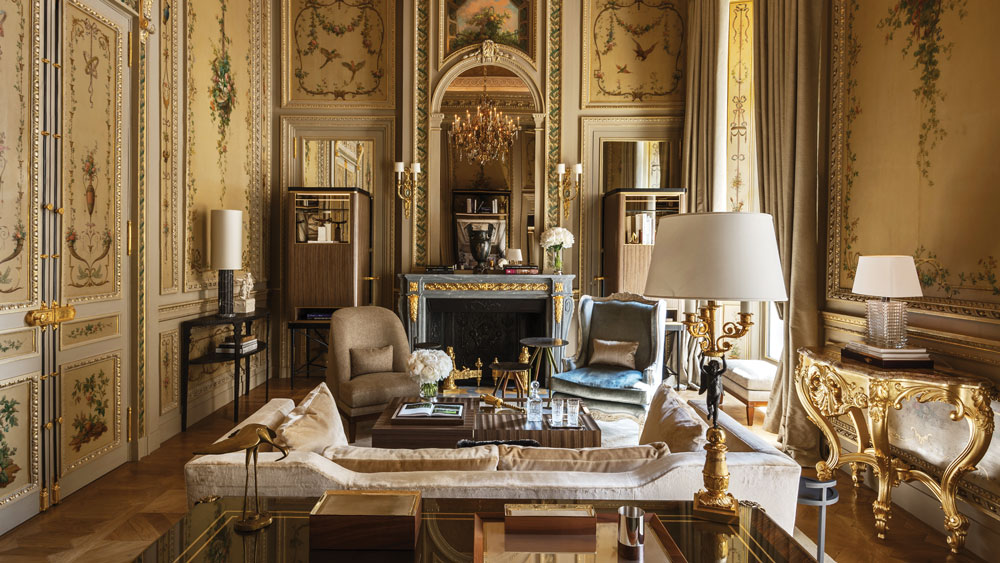 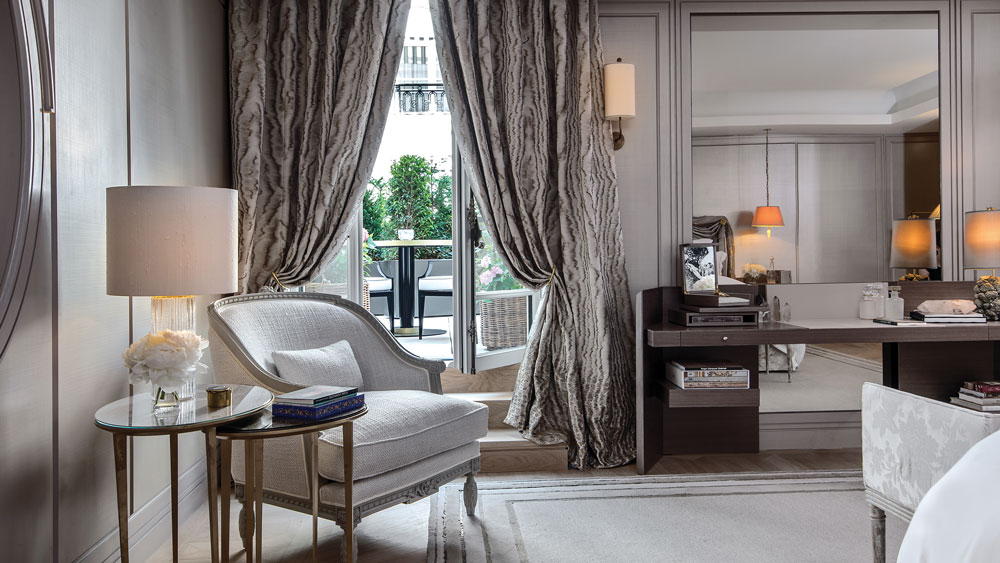 Until last year, Louis XV deserved much of the credit for Hôtel de Crillon. The landmark structure, which the king commissioned in 1755, had been Paris’s most regal address for centuries, a grand showcase of neoclassical extravagance filled with frescoes, friezes, and miles of marble. But last July, a new Crillon emerged as a brighter and more vivacious version of its former self, brought to life by Rosewood Hotels & Resorts and a dream team of Paris-based designers, artisans, and craftspeople.

Unlike Paris’s other recently renovated palace hotels, the Crillon has pulled off a true reinvention. Gone are the Louis XV salon chairs and heavy velvet drapes. In their place are custom furnishings with a midcentury-​modern flair, vibrant textiles, and, in the Karl Lagerfeld–designed Les Grand Appartements, sleek bathrooms covered wall-to-wall in marble. The legendary fine-dining restaurant Les Ambassadeurs has been transformed into an elegant, gilded bar, and a long-​ignored courtyard is
now the alfresco spot for lunch in Paris.

Of course, plenty of original details—those decadent gold-and-marble walls included—needed little more than a faithful refresh. The result is a hotel that honors its royal past yet remains firmly rooted in the present. And though the Crillon perhaps feels a little bit less French—and, blessedly, a lot less stuffy—we can’t help but think that even Louis the Beloved would have approved.