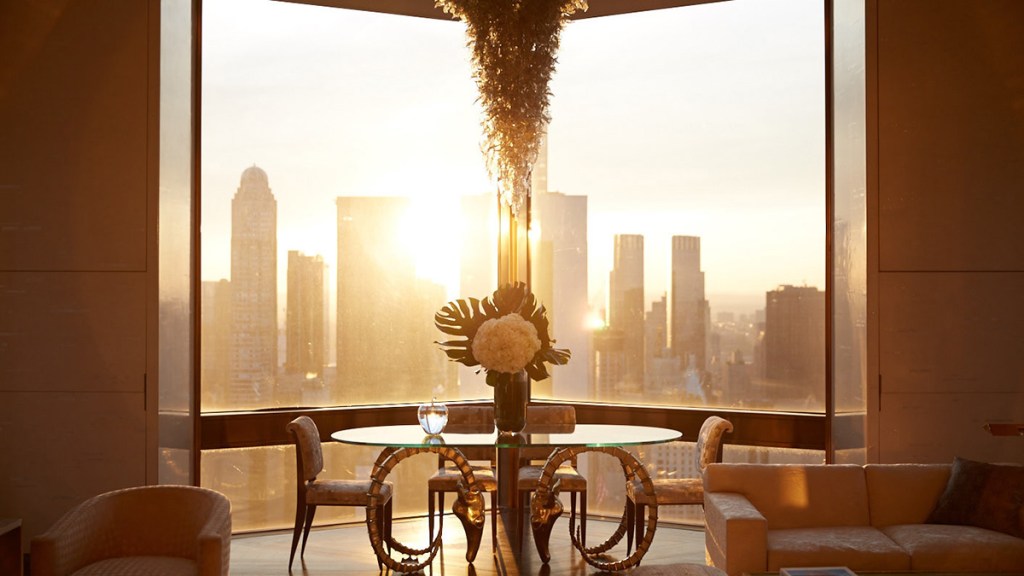 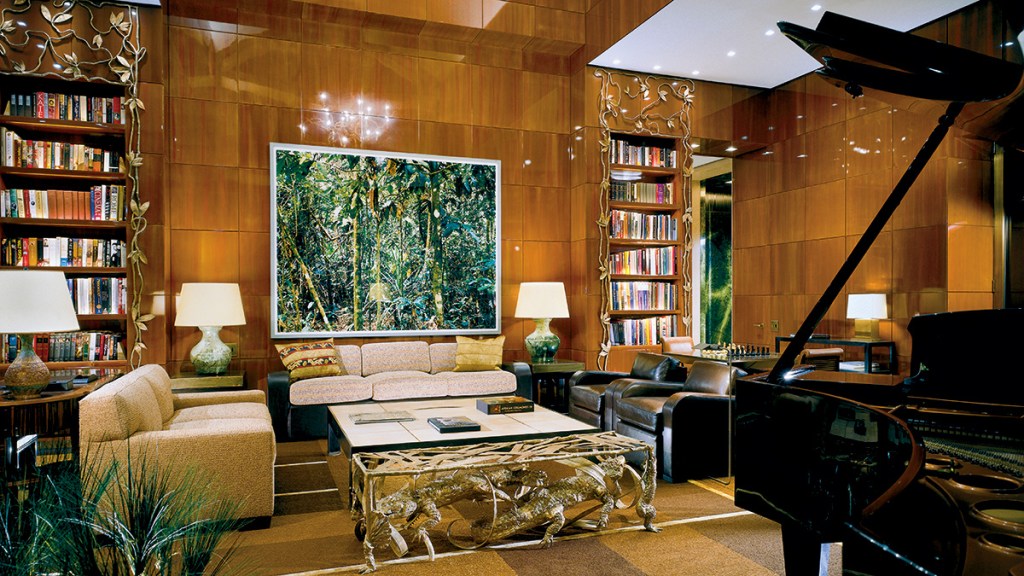 In 1993, when renowned architect I.M. Pei built his gleaming 52-story tower on 57th Street, budgetary restrictions prevented him from creating the penthouse he had envisioned for the top floor. But when Beanie Babies billionaire Ty Warner purchased the Four Seasons Hotel New York in 1999, the sky suddenly became the limit (literally). Pei came out of retirement, along with interior designer Peter Marino and Warner himself, and spent 7 years—and about $50 million—crafting the award-winning, 4,300-square-foot space that today claims to be the most expensive one-bedroom suite in North America.

Four cantilevered glass balconies and walls of floor-to-ceiling windows put the 360-degree views front and center, while the interiors more than hold their own with details like hand-lacquered walls, a 4-foot-tall chandelier, bespoke fabrics, and decorative pieces picked up by Warner on his world travels. Along with the master bedroom—featuring a Thai silk canopy bed and Central Park views—there’s the master bath with an onyx-clad chromotherapy tub and steam-jet shower; a Zen Room, with indoor waterfall and South African green-granite walls; a private spa, outfitted with fitness equipment and serene lounging spaces; and an amazing library with cathedral ceilings, a skylight, a gilded bronze Lalanne chandelier, and a Bösendorfer baby grand piano.

In addition to living amid such luxury, guests enjoy such services as exclusive access to a chauffeured Rolls-Royce, a personal trainer, spa therapists, and a dedicated Guest Relations manager.