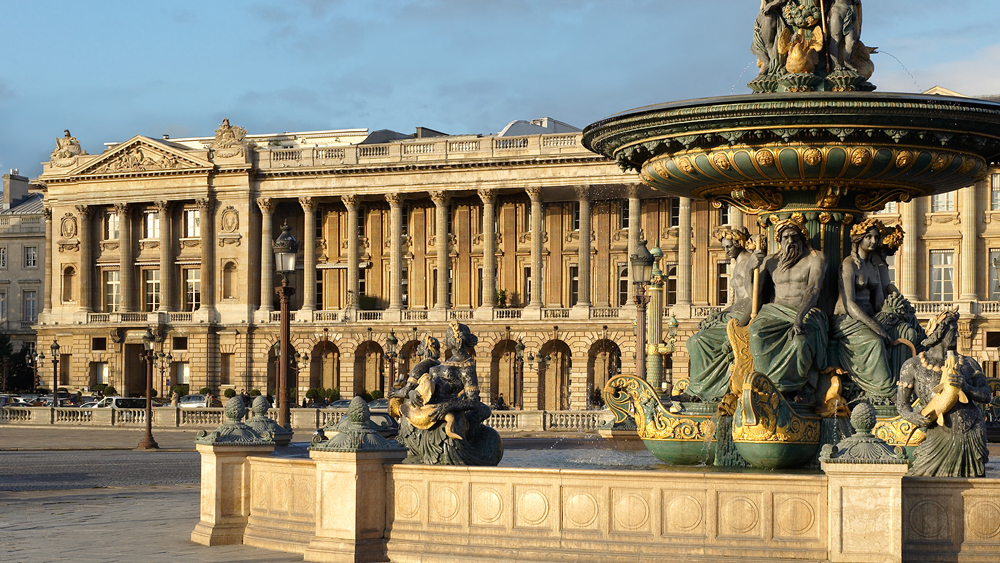 Paris’s grand dame sure can keep a secret. Mum has been the word on the status of Place de la Concorde’s landmark Hôtel de Crillon, which will make its grand re-entry into Paris society on July 5 following four years and over $200 million of renovations by Rosewood Hotels and Resorts

We’re champing at the bit to see the iconic property’s new look. Here’s what we know about the redo so far:

Roughly $1.8 million alone was spent in each of the 124 rooms, which will be priced from about $1,800 per night and furnished with a mix of bespoke pieces, antiques, and objets d’art. There will also be 10 reimagined signature suites, including the top-floor $28,000-per-night Leonard Bernstein suite.

A Baccarat crystal elephant sculpture created for the 1878 Paris World’s Fair has also been restored, and will feature prominently in the hotel as it has in the past. Under the lobby, construction crews dug down two basement levels beneath King Louis XV’s 1978 residence—built by the French architect of the time Ange-Jacques Gabriel. The newly excavated space makes room for a swimming pool—an amenity the hotel surprisingly lacked in the past—as well as a spa and men’s and women’s salons.

Chef Christopher Hache has returned from his multiyear hiatus—which he used to hone his skills in the kitchens of some of the world’s best chefs, including Thomas Keller and Yoshihiro Murata—to revamp his menus in the fine dining restaurant, as well as the brasserie and bar. To be sure, all of Paris will be lining up for a taste—and a night—in the City of Light’s most hotly anticipated opening of the year.

Expert female artisans and craftspersons have played a key role in restoration works at Hôtel de Crillon, A Rosewood Hotel, reaching the highest standards of French artistic excellence. Their achievements will be on full display when the hotel re-opens on July 5, 2017.