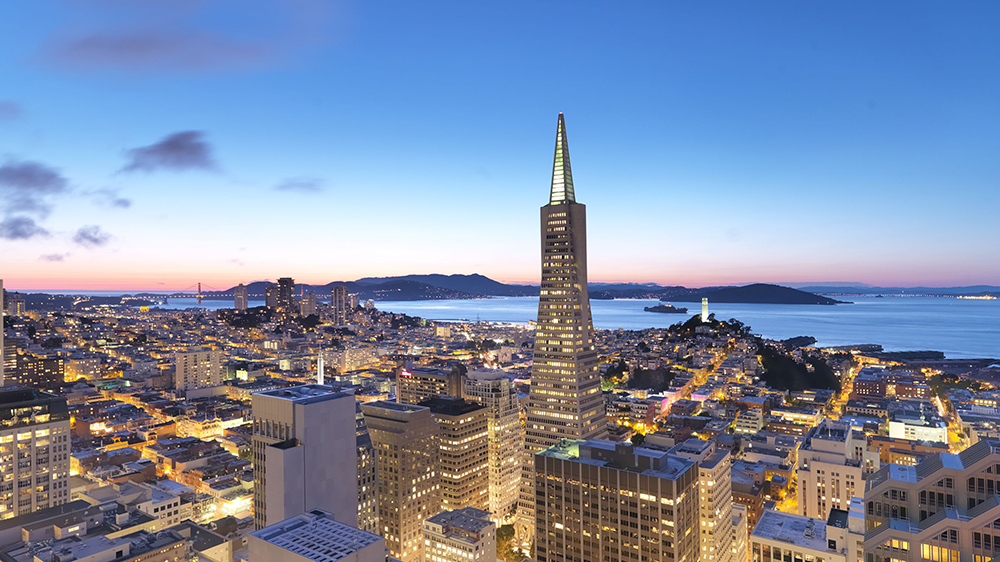 Though the validity of that fabled Mark Twain quote about his “coldest winter” actually being “summer in San Francisco” has come into question, the core sentiment remains: It’s not always so warm (or fog-free) in this Northern California city. Which is why when the sun does shine bright, locals make the most of enjoying the outdoors, be it in the parks, on boats, or—as of last week—at the highest rooftop bar in town.

Unlike some other major cities, San Francisco isn’t deluged with rooftop hangouts (despite being rife with fabulous restaurants), which makes the seasonal Spirits in the Sky a novelty to begin with. But what really kicks it up to the next level is the unparalleled setting on the 40th floor Sky Deck of the Loews Regency San Francisco hotel. From that exclusive perch, the views stretch out to the Transamerica building, the Golden Gate Bridge, North Beach and beyond, making this an instant social-media favorite during the season—particularly during sunset.

While soaking up the panoramas, guests can snack on gourmet munchies like cheese and charcuterie skewers and crudités with lentil hummus and harissa-spiced goat cheese, then wash it down with a local craft beer, something from the Napa– and Sonoma-heavy wine list (how appropriate), a premium spirit or a signature cocktail. The rotating menu of the latter includes drinks like Angels Aught Three (with Casamigos mezcal, lemon juice, Caged Heat cocktail syrup and strawberry purée) and Airmail (a mix of Cruzon Extra aged rum, honey and lime juice topped with Prosecco.)

Named for the 1969 hit song of the same name, Spirits in the Sky is open (weather permitting) Tuesdays to Saturdays, from 4 pm to 8 pm, until November 3, 2019. All the seating is al fresco—so be sure to bring a scarf or light jacket for when a gust of “winter” might suddenly appear.

Come for the sunset. Stay all night for the cocktails.  Photo: Courtesy of Loews Regency San Francisco