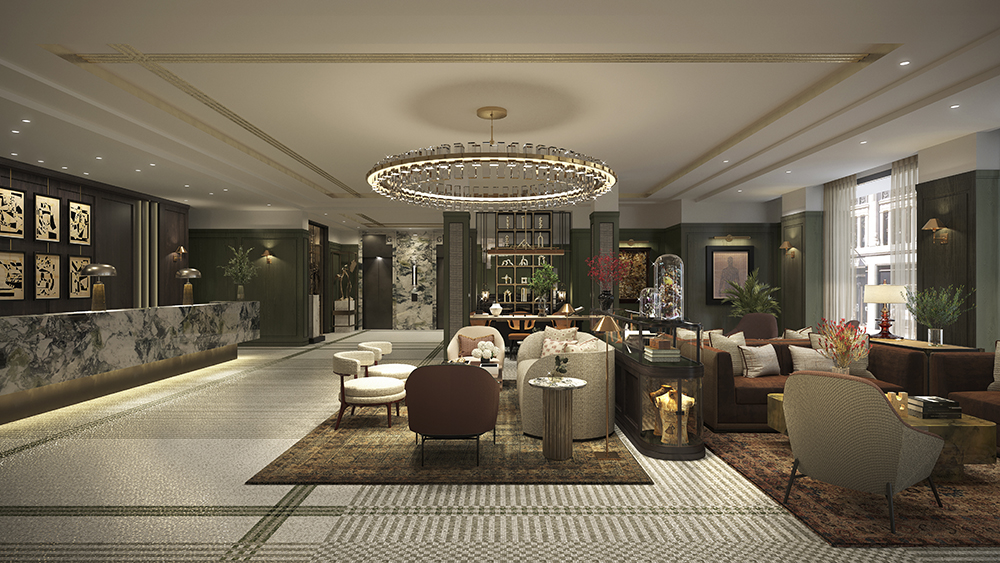 Upon its 1904 debut, the St. Regis New York was heralded as “the finest hotel in America” by The New York Times. More than a century later, the chain has taken its luxe offerings global with nearly 50 hotels and resorts in locations from Bermuda to Japan. Interestingly, though, there’s one major destination that’s never had a St. Regis—but that’s about to change. Come 2023, you’ll be able to pull up in a black cab to its first hotel in the United Kingdom with the opening of the St. Regis London.

Marriott International, Inc. announced on Thursday that it has signed a management agreement with Cola Holdings and the Westbury Hotel Limited to bring the company to London’s upscale Mayfair neighborhood. The hotel will be situated in the former Westbury Mayfair Hotel following a staggering $122 million-dollar redevelopment that will revamp the interiors and also tack on an eighth floor and extend parts of the building. The 196 rooms and suites are being designed by Peter Newman-Earp of Morrison Design, while the swanky interiors will be by Richmond International. A signature restaurant, speakeasy jazz bar, fitness center and spa will also be available to guests.

This new addition to St. Regis’ five-star portfolio is expected to include the chain’s signature butler service that assists all guests (regardless of room category) with packing, garment pressing and beverage needs. It will also honor the building’s heritage by retaining its Polo Bar, a sentimental space that was originally designed for the Phipps family of America, who were polo players and the creators of the Westbury Hotels in both London and New York. Undoubtedly, the Polo Bar is where you’ll be able to enjoy a local twist on the St. Regis’ famous Bloody Mary cocktail; also known as the “Red Snapper,” its recipe was perfected by Fernand Petiot in 1934 at the King Cole Bar in the New York City hotel.

“This is a pivotal moment for St. Regis Hotels & Resorts as we bring this cherished brand to the United Kingdom,” says George Fleck, vice president and global brand leader of St. Regis Hotels & Resorts in a statement. “We are delighted to bring the brand’s timeless legacy, cherished traditions and bespoke service to one of the finest addresses in London and look forward to becoming the city’s most glamorous destination for locals and travelers alike.”

Marriott International currently operates 16 properties under the St. Regis brand across Europe, the Middle East and Africa. In a statement, Paul Thomas, vice president of international hotel development for the company, shares what this new venture means for the business. “London is a highly sought-after market for luxury travelers and this landmark signing underscores our commitment to growing Marriott International’s dynamic portfolio,” he states. That Marriott portfolio includes nearly 8,000 properties under 30 brands across 139 countries and territories.

When St. Regis London opens its doors next year, you’ll find it on the corner of Bond Street and Conduit Street. For more information, visit the St. Regis website.