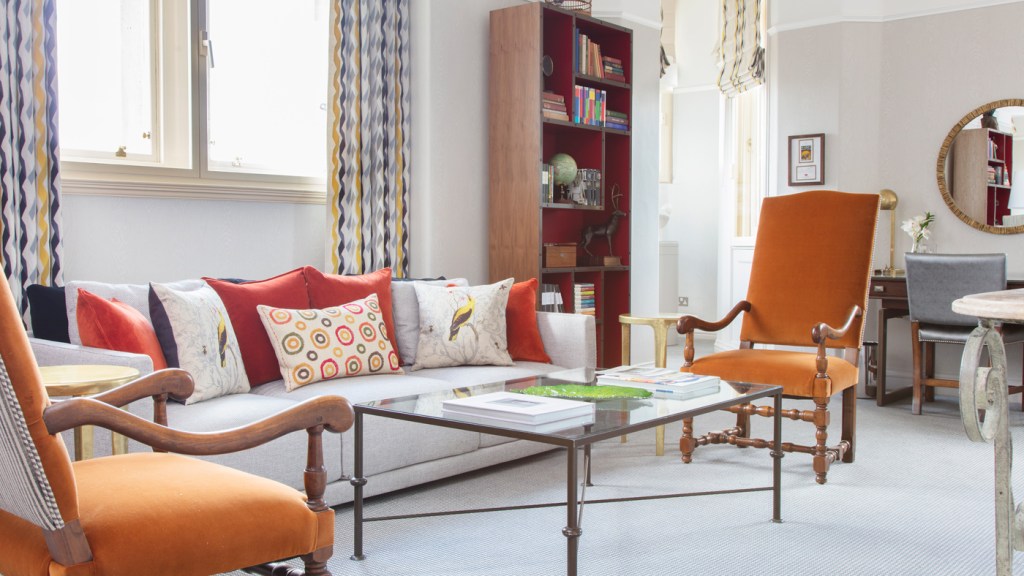 Muggles, rejoice. You can now experience a bit of magic by staying in the posh hotel suite where J. K. Rowling penned the ending of Harry Potter and the Deathly Hallows in 2007. The suite—part of the Balmoral, a Rocco Forte Hotel in Edinburgh, Scotland—was renovated alongside 36 other guest rooms during a three-month refurbishment led by hotelier Olga Polizzi.

The multimillion-dollar overhaul was completed earlier this month, just in time for Harry Potter fans to book a stay to commemorate the 20th anniversary of the bestselling franchise, which originally debuted on June 26, 1997.

Guests enter the spellbinding room through a purple door adorned with an owl door knocker. Inside, whimsical woodland designs fill every inch of the renovated suite, from owl and bird figurines to tree-themed wallpaper. Plush chairs, couches, and colorful orange and red pillows adorn the cozy suite, and the entire Harry Potter series lines a stately bookshelf—ensuring all is well for literary lovers.

The suite also contains a glass-encased bust of the Greek god Hermes, which Rowling triumphantly signed after finishing the fantasy fiction series: “J. K. Rowling finished writing Harry Potter and the Deathly Hallows in this room (552) on 11 Jan 2007.” Nightly rates start at $1,550—wands not included.