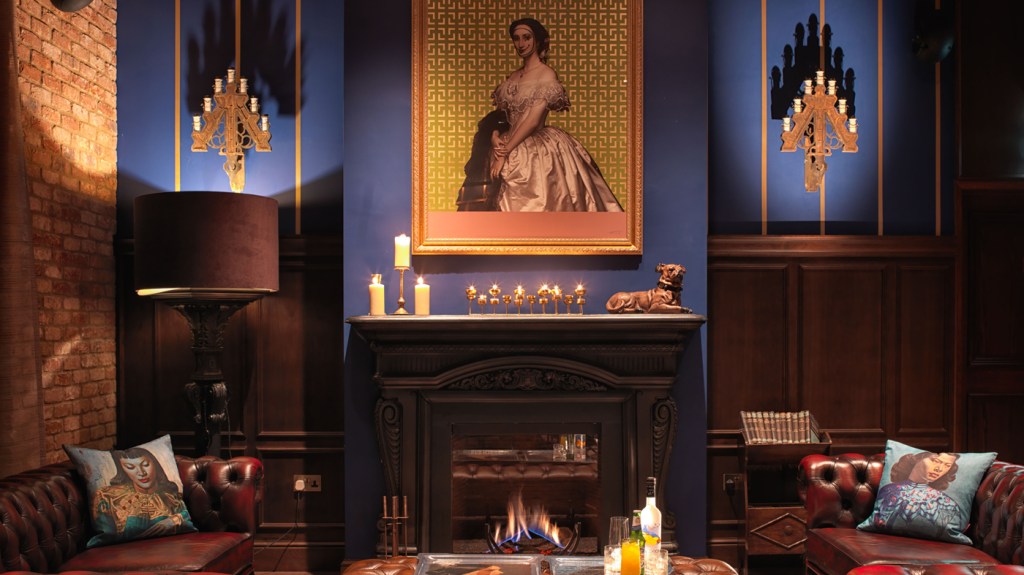 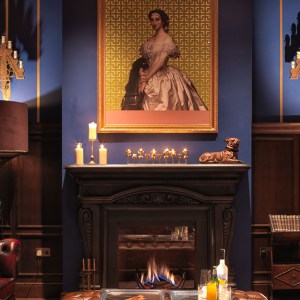 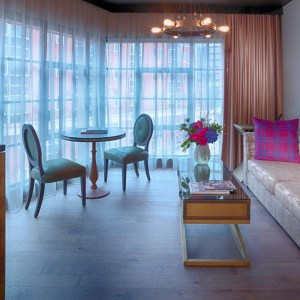 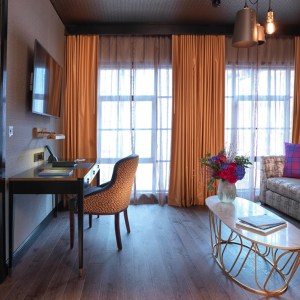 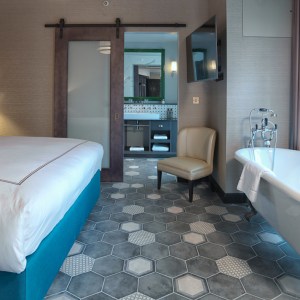 Once London’s seedy side of town, the East End has increasingly become a haven for the hip due to its gentrification over the last two decades. Perhaps there is nothing more representative of this urban renewal than the recent debut of the Curtain—the new hotel hot spot in the inner city section of Shoreditch.

A private bar in the the Curtain’s Members Club.

Designed by the international hospitality team at Duncan Miller Ullman, the Curtain’s interior spaces are defined by an industrial-chic aesthetic. Accommodations are offered in four categories: the 301-square-foot City and Courtyard rooms, the 344-square-foot Loft and Loft Terrace rooms, the four 570-square-foot Shoreditch Suites, and the 1,022-square-foot Curtain Suite.

All feature marble bathrooms and are accented with art from iconic music photographer Mick Rock, famous for his images of Seventies sensations such as David Bowie, Queen, Iggy Pop, the Sex Pistols, and Blondie among others.

The Curtain’s dual dining amenities are presented by a chef with rock-star status, Marcus Samuelsson. For the hotel, Samuelsson has reprised his renowned restaurant Red Rooster in Harlem. A twist on some of the New York neighborhood’s favorite flavors, the varied menu selections at Red Roster Shoreditch include Ol’ Man Shrimp N’ Grits (with stone ground grits, tomato, pork, and wild garlic), Aunt Maybel’s Dumplings (with lamb neck, gnocchi, green olives, tomato, and favas), and Obama Short Ribs (with marrow dumplings, succotash, and steak sauce). The restaurant also sates the appetite for music, with bands performing six nights per week.

For those who want something more casual and quick, Samuelsson’s Tienda Roosteria is a tony taqueria that serves gourmet tacos and craft margaritas.  Among the eclectic combinations are jerk lamb and smoked yogurt, doro wat (Ethiopian chicken curry) and collards, and heritage pork and pineapple.

Even the Curtain’s rooftop offers refined respite with a Moroccan-style pool and distinctive beverages and bites served at Lido. And all cocktails poured throughout the Curtain come from menus created by Iain Griffiths and Kelsey Ramage of Trash Tiki, specialists in sustainable mixology.

What really raises the Curtain to the next level, however, is its Members Club (open daily from 7 am to 2 am). Ideal for local artists and entrepreneurs, the Curtain’s members-only amenities include LP, a live music showcase with rotating performers and a resident DJ, and both Billy’s Bar and the Imperial for sequestered sipping. By fall of 2017, members and guests will also have access to an open-office set-up conducive to conducting business in style.

The Curtain’s room rates start at approximately $307 per night.