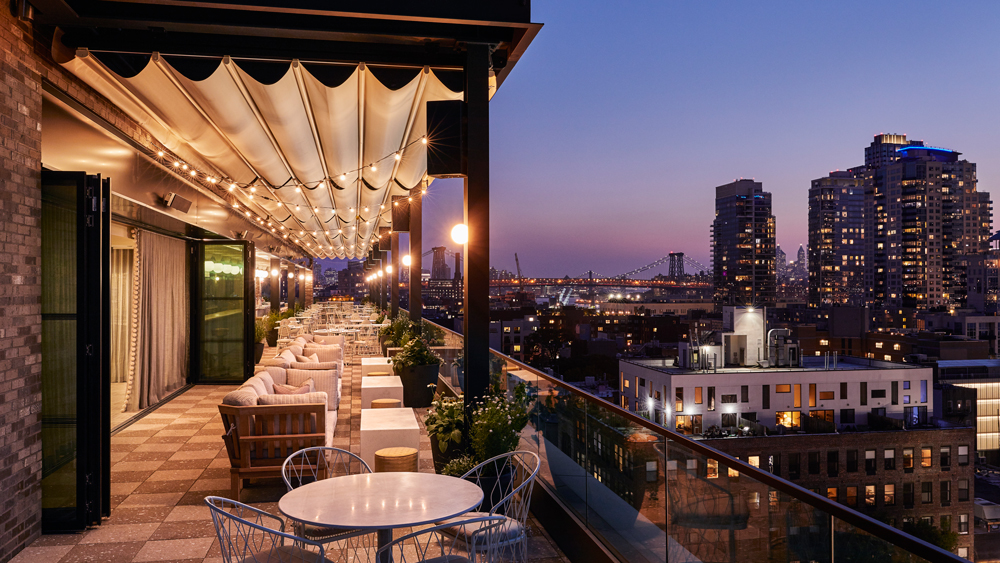 Though you may not yet know the name, the Hoxton is coming for a city—and many an Instagram feed—near you. With the opening of its first U.S. hotel in Williamsburg earlier this month, the unabashedly cool London-based hospitality brand will open its stylish doors in Portland, Downtown Los Angeles, and Chicago before the end of next summer.

Each of the Hoxton’s five hotels—along with Williamsburg, there are currently two properties in London, as well as outposts in Amsterdam and Paris—is designed to be a cultural hub. And while their combination of plugged-in programming and collaborations with local creatives is certainly nothing new, there is something about the Hoxton’s specific blend that has proved to be particularly intoxicating for a certain breed of traveler. Instagram posts are snapped in rooms that practically beg to be photographed (think lush floral wallpaper and curvy staircases in Paris and huge round mirrors in Holborn), and equally photogenic lobbies are constantly buzzing with guests and locals alike—drinking craft coffees, conducting meetings across rainbow-hued velvet sofas, and cozying up for dinner and drinks in unpretentious restaurants. And, according to the brand, the Holborn property has never dipped below 90 percent occupancy since opening in 2014.

With its jump across the pond, the Hoxton is, of course, following roads paved by another wildly successful British hospitality brand: Soho House. It’s easy to position the Hoxton as Soho House’s thoroughly laid-back younger sibling, and the latest properties—Williamsburg included—actually feature public spaces designed in collaboration with Soho House. Of course, where the latter creates a community by being exclusive, the Hoxton’s community is decidedly egalitarian—guests and locals are encouraged to mix and mingle, and rooms are stocked with libraries curated by creatives in the neighborhood each hotel calls home (the Williamsburg property alone has 175 residents on tap as curators of cool—one for each room).

This local mix is, of course, an essential part of what makes the Hoxton’s brand of hospitality so successful—especially in under-the-radar destinations like Portland and neighborhoods that are as grungy as they are buzzy, like the rapidly changing Downtown L.A. Though certain cues unite each property (think mid-century-inspired design and uniform perks), for the most part, everything is designed to help root guests in the feeling of the place, from the Apartment—a dedicated space in each property where workshops, events, and talks are held—to lobby shops stocked with clothing, accessories, and homeware from local artisans.

The Hoxton also has plans to open a property in San Francisco and two others in London, and it is rumored to be considering locations outside of Los Angeles—Santa Barbara and Palm Springs being top bets. Here’s hoping it will open the door to other juggernaut UK brands making inroads in North America—Artist Residence, we’re looking at you.