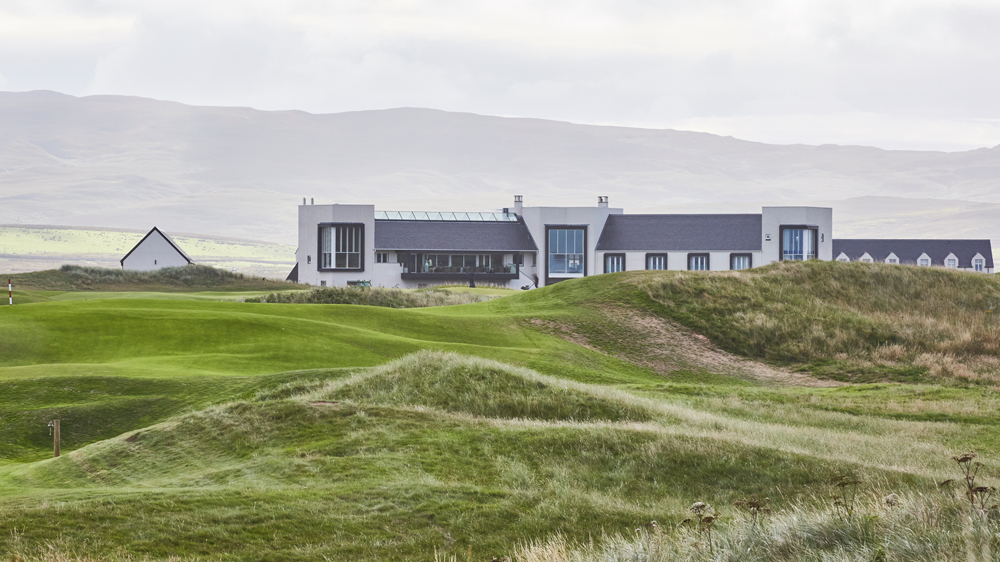 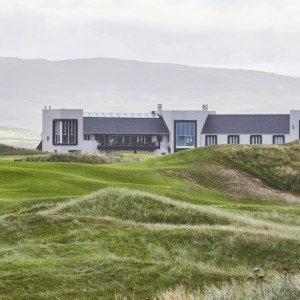 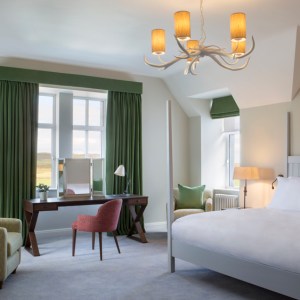 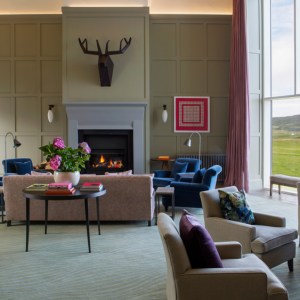 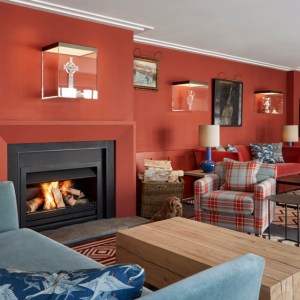 The Isle of Islay is one of those places that, for most, feels very far out of reach. Sure, the bottle of whisky you reach for in the evening comes from the remote slice of land in Western Scotland, but it’s likely you’re not considering it for your next vacation destination. That said, the reopening of the Machrie Hotel and Links—one of Islay’s few accommodation options on Islay and by far the most luxurious—after an extensive, years-long renovation is about to put the emerald green island back on your radar.

As the name would suggest, a stay at the Machrie, a Campbell Gray Hotel, is as much about getting to the root of whisky as it is about Scotland’s other pastime—golf. When the property first opened in 1891, it boasted one of the most cutting-edge courses in the world, with the sport’s earliest connoisseurs teeing up on holes positioned to provide sweeping views along the beach in the Inner Herbrides. Now, the course has received a refresh courtesy of golf architect DJ Russel, updating the links to combine the best aspects of the historic course with a modern layout and dialed-up difficulty. The Victorian hotel building perched at the top of the course has been restored and expanded to match—punctuating the original pitched rooves with sweeping sections of windows and pared-back décor to put the focus on the rugged landscape all around.

Inside, the hotel’s 47 rooms—including the four new freestanding lodges fringing the links course—are simple. You won’t find any of the tired Scottish clichés here. Instead, the decor takes its cues from the seven miles of beach the property calls home; windows are draped in grass-green, crisp white linens clover the bed, and much of the locally sourced furniture is in rich dark wood. And though each is plenty comfortable, guests really aren’t meant to stay cooped up in their rooms. Tweed-covered couches and roaring fireplaces draw them to the property’s many lounges, where they can sip on rare drams from the Machrie’s extensive collection, most of which comes from the eight active distilleries on the island.

When they are not out on the links, guests can get-up-close and personal with those whiskies, spending an afternoon (or two) tracing their way around the island, stopping at heavy hitters like Ardbeg and Bowmore along the way. Or, they can stick closer to home, unwinding at the spa or with a hike through the rolling hills that surround the hotel. Come dinner time, they can head to the 18 Restaurant & Bar, located above the 18th green, for seasonally rooted Scottish cuisine. And when it comes time to depart, guests can hop on the Machrie’s private aircraft for the quick 45-minute flight back to Edinburgh—because Islay isn’t so far out after all. 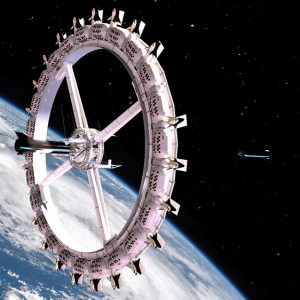 This Bonkers Space Hotel Aims to Open in 2026, and It’ll Take Your Reservation Now