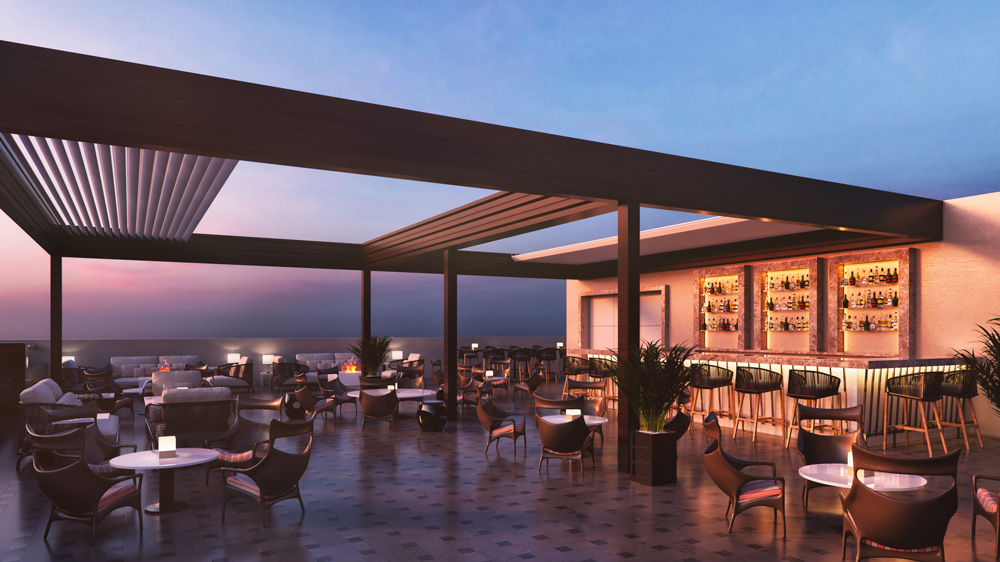 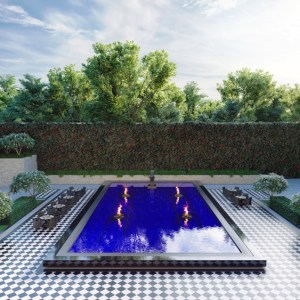 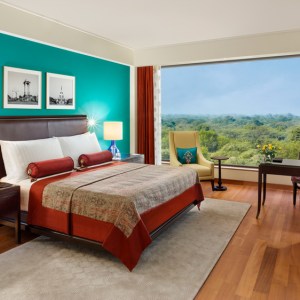 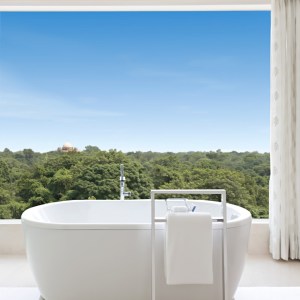 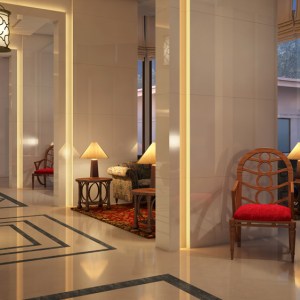 Long an oasis for celebrities, political luminaries, and well-heeled travelers in the middle of India’s forever-bustling capital city, the iconic Oberoi, New Delhi has just reemerged after a multimillion-dollar, top-to-bottom face-lift. The Sir Edward Lutyens–designed property, which was a beacon of modernism when it welcomed its first guests in 1965, closed its doors in early 2016 after wrapping up its landmark golden anniversary. Now, the property is back—and with a new Adam D. Tihany–led design, it’s chicer than ever.

Every aspect of the hotel has been upgraded by Tihany and his team over the course of a nearly 2-year renovation. The result mixes modernist details long loved by Oberoi loyalists with thoroughly upgraded design features like rich polished teak floors, gilded gold accents, custom furniture, and sexy bars and restaurants. The property’s room count has been reduced by nearly 50 rooms—now boasting 220 spacious rooms and suites. Its vibrant color palette, a departure from Tihany’s typically demure style, is an homage to both Lutyens’s original design and the saturated teals, pinks, and reds of the city outside. In addition to deep marble soaking tubs and a state-of-the-art air-filtering system, each room features sweeping floor-to-ceiling windows where guests can look out onto landmarks like Humayun’s Tomb, a UNESCO World Heritage Site, and the historic Delhi Golf Club.

Though its plush rooms and over-the-top suites, like the 3,500-square-foot Kohinoor, have helped make the property one of the city’s grand dames, the real draw of the Oberoi New Delhi has always been its buzzy social spaces. The hotel’s classic bars and restaurants like Café and Tabela—where the likes of Giorgio Armani and Bollywood stars came to see and be seen—have given way to a host of new Michelin-fueled concepts like the casual Threesixtyº and the elegant Indian restaurant Omya. On the rooftop, guests can mix and mingle with the newest generation of the city’s elite while enjoying a craft cocktail at Cirrus9, or they can head to Baoshaun, a Chinese restaurant from Michelin-starred chef Andrew Wong.