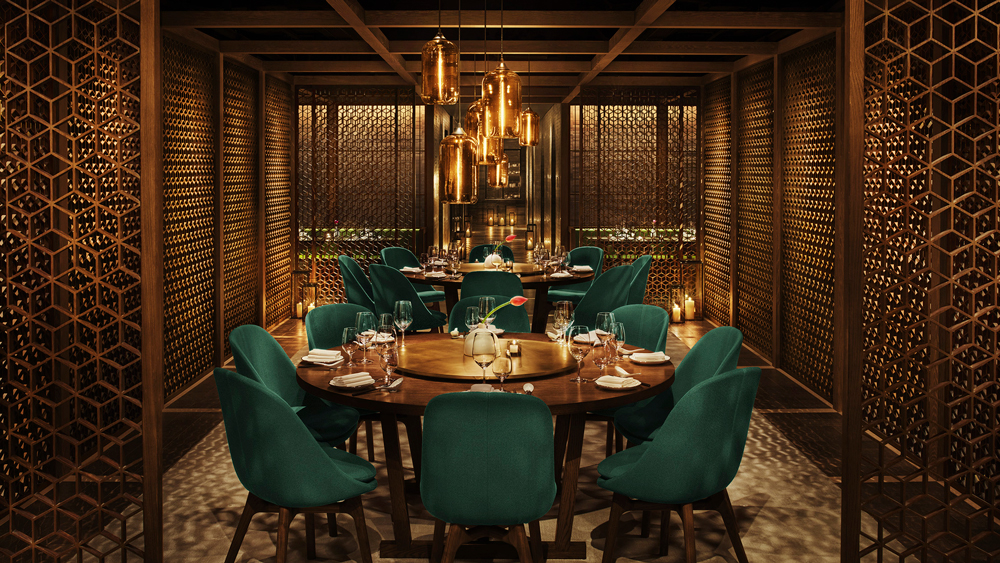 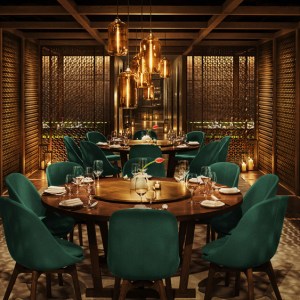 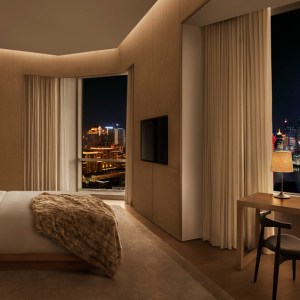 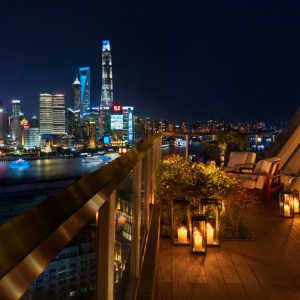 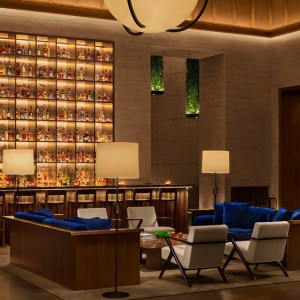 It’s hard to walk even a few blocks in Shanghai without wandering into a gleaming, brand-new luxury hotel. This year alone the city has welcomed outposts from Capella, Bulgari, Bellagio, and Aman (which snagged a spot on our Best of the Best list) to its glittering, often dizzying skyline. And now hotelier Ian Schrager has thrown his supremely stylish hat into the ring, opening the doors of the sexy Shanghai Edition earlier this month.

With the competition as stiff as it is in the buzzing Chinese city, it is no wonder that the latest Edition hotel dials up the formula the brand has perfected in Barcelona, London, New York, and beyond—think decor that is equal parts minimal and opulent, and amenities that are quietly luxurious. The new 145-room property, which is more urban resort than typical city hotel, sprawls across two buildings to pack all of its perks in—one the Art Deco former headquarters of the Shanghai Power Company and the other a brand-new skyscraper.

When they step off the leafy Nanjing Road, guests will be greeted by the Urban Lobby, a space designed to connect the two buildings with a dramatic seven-story-tall antique mirror and a hanging garden suspended from the ceiling. From there, they’ll head into the lobby housed within the heritage structure, where sweeping 30-foot-high gray stone walls and low-slung cobalt velvet couches illuminated by an otherworldly large-scale spherical pendant light by Eric Schmitt replace any trace of the bureaucracy once housed here. Guests can mix and mingle with the local glitterati at the property’s public spaces, bellying up to the lobby bar—outfitted in a bespoke plaster relief inspired by traditional Shikumen carvings—or at Michelin-starred chef Jason Atherton’s Shanghai Tavern. Upstairs, they can tuck in at Canton Disco, wind their way up the Edition’s signature spiral staircase to the gentleman’s-club­-inspired Club Room, or settle into the Electric Circus, a VIP lounge (complete with a private room and dual-access private entrances for serious high rollers) conceived in the Studio 54 tradition. Or, for something just a little bit more low-key, they can lounge at the Roof Garden—one of the few urban green spaces in the city, complete with an alfresco movie theater and a lawn for croquet.

Ducking back through the Urban Lobby will take guests to the skyscraper side, where they can take the elevators to the 27th floor to sample Chef Atherton’s take on Japanese cuisine at Hiya. From there, they can head up to the private-club-inspired Punch Room for a digestif and then end the evening up on the Roof, a 360-degree, open-air space boasting some of the best views of the neon Bund from anywhere in the city.

When it finally comes time to turn in, guests will head back down to elegant rooms done in the Edition’s signature sleek style. By morning, they can shake off any of the last night’s indulgences with a massage at the spa or by squeezing in a few laps at the pool, where they can plot out the day’s adventures as they watch the city glide beneath them.