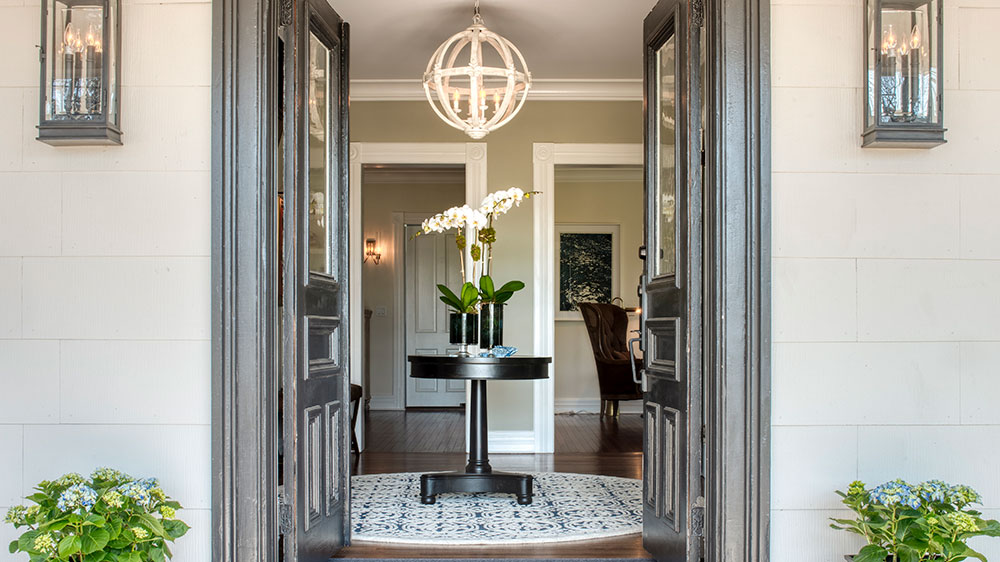 The North Fork is like the Hamptons of 20 years ago. That’s what the wealthy couple sitting across from me at the South Harbor Inn says, anyway. They’ve been coming to the Hamptons for decades but lately, the traffic has become unbearable.

“The rule is, if you can’t leave the city before 2pm on Friday, you better not leave until after sunset,” the wife tells me. And once you’re there, everywhere you go is so crowded, they claim they can’t help but feel like they never left the city in the first place. Which is why this couple and countless others are flocking here to this community that’s separated from the Hamptons by the Peconic River and Shelter Island Sound.

Here, it’s quaint—if not exactly quiet: Reservations on a Saturday night are still hard (but not impossible) to get, and we wouldn’t quite call it a sleepy community: It has popular speakeasies, wineries and a busy Main Road. But it’s that quaintness that first brought Alex Azcona and Dan DeVito out this way over a decade ago. Partners in life and in work, the pair met—where else?—in the hospitality business. Together, they have worked at some New York’s most luxurious properties—the Mandarin Oriental and the Baccarat among them—but it was the call of the North Fork that led them away from their big hotel jobs and out to the hamlet of Southold, where they acquired a late-19th-century farmhouse and transformed it into the elegant South Harbor Inn (and, so far, the North Fork’s only five-star accommodation).

The property is an example of what North Fork is—and what the Hamptons is not. “The local government has really learned from the overdevelopment of the south and made sure that historic properties are preserved rather than destroyed to make room for another McMansion,” DeVito tells me as Azcona delivers a fresh cup of a coffee and pastries to the dining room one morning. “The Hamptons has served as a cautionary tale for what North Fork doesn’t want to be.”

There are just four guest rooms at South Harbor Inn, making a stay there feel almost as if you are crashing with friends (albeit very stylish and attentive ones) for the weekend. But DeVito and Azcona’s background lends a five-star experience to everything: Frette and Dyptique in the rooms, Champagne on demand and elegant design at every turn. The property operates much like a B&B—but modern and elegant, with extravagant breakfasts served in the dining room, and small bites and Champagne in the evenings. Azcona has clearly honed his own skills as a chef and maître d’ after managing food and beverage programs at luxury hotels for more than two decades. And the duo is at your service for anything: dinner reservations, winery recommendations and bike rentals (the preferred method for zipping around town) included. Perhaps the most quintessentially “North Fork” thing you can do, however, is to sit on South Harbor Inn’s porch and sip a cocktail as the sun sets over a quiet, leafy neighborhood. It’s enough to make you forget the Hamptons ever existed at all.