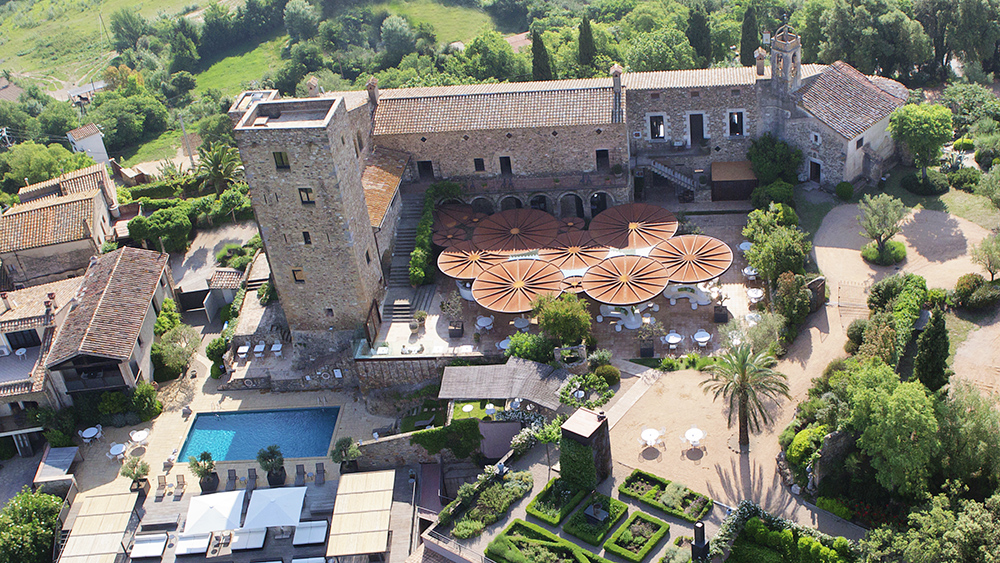 While most visitors focus on Catalonia’s capital, Barcelona, the vineyards and rustic medieval dwellings an hour and a half north in Empordà have emerged as an under-the-radar summer getaway for Spain’s creative set. Thanks to 14th-century castle turned hotel Castell d’Empordà, and country house renovations by acclaimed architects like Enric Ruiz-Geli and sustainability-minded Joan Lao Design Studio in Baix Emporda, the area is poised to attract a more international crowd.

Among the draws are Púbol castle, Salvador Dalí’s gift to his wife, Gala, in 1968. Though the space was once her sanctuary—a space the artist agreed to not visit without first getting written permission—Púbol is currently a museum and outdoor garden that can be enjoyed ahead of a short drive to thriving ceramics epicenter La Bisbal. Festival Castell de Peralada, where Charlotte Gainsbourg and Cuban-born ballet star Carlos Acosta are on the bill for July and August, will host concerts in its gardens and recitals in it’s medieval, ivy-blanketed cloisters.

But perhaps most telling for the area in the coming year, will be the re-opening of Ferran Adrià’s elBulli 1846 in February as a gastronomic exhibition space. With a staff reportedly comprised of chefs, nutritionists, journalists and even philosophers, the16,000 square-foot space in nearby Rosas is set to become a hub devoted to recipe testing and gastronomic studies. So for dinner, head to El Celler de Can Roca, the three Michelin star restaurant founded by brothers Joan, Josep and Jordi Roca that works in contemporary twists on tradition Catalan dishes. Currently ranked second in the world, the restaurant includes a cellar with more than 60,000 bottles of wine.

And as for those hankering for the Mediterranean? Costa Brava’s most pristine calas—Catalan for beach coves—are only 20 minutes away. If you don’t charter a boat to cala-hop, the Aiguablava path will guide you to the area’s best coastal nooks including Cala Pedrosa where a tiny, family-run beach shack serves up simple Comida Española for lunch, best served with una clara—lemonade mixed with beer.