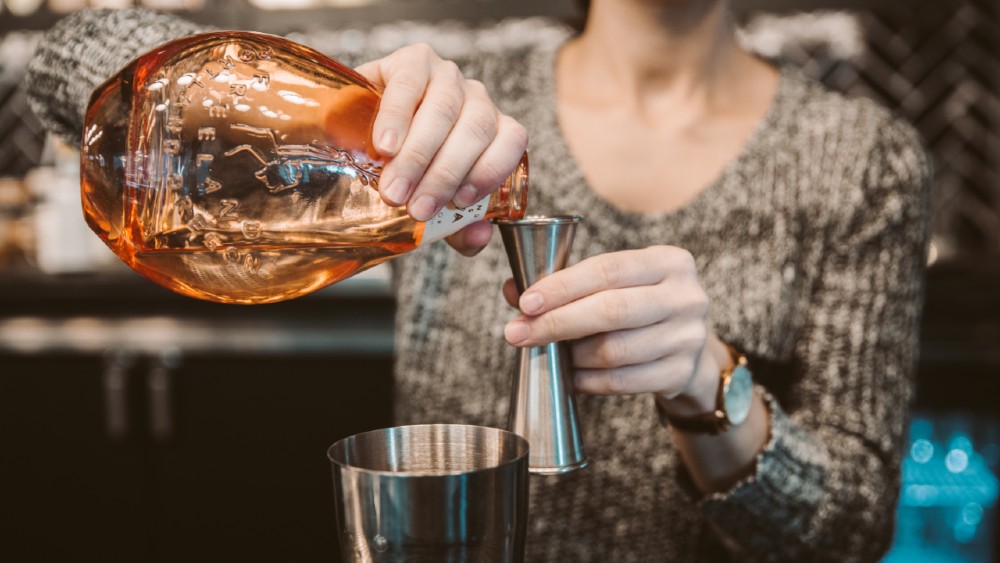 This President’s Day (and beyond), forget the commanders-in-chief and celebrate the women who were by their sides, instead. To welcome the new Thompson Washington D.C. to the portfolio, select Thompson hotels in the U.S. and Mexico are launching limited-edition “Ladies First” cocktails, each inspired by a First Lady (both U.S. and Mexican) who helped further the advancement of women and evolve the scope of their office. From Martha Washington (the only women to have appeared on U.S. paper currency) and Florence Harding (who first opened the White House to the public, and gave tours herself) to Margarita Maza de Juarez (who with her husband, Benito, fought for democracy and the rights of Mexico’s indigenous peoples), the boozy libations tell some important stories.

The “Secret Service” at Thompson Washington D.C. is inspired by Jackie Kennedy’s love of the Negroni  Courtesy Thompson Hotels

To create the drinks, the hotels’ beverage teams looked to info on the selected First Ladies’ characters, social and cultural advancements, and iconic style details, along with anecdotes about their time in office. For example, the “Secret Service” cocktail at the Thompson Washington D.C. takes its cues from a story about Jacqueline Kennedy’s 1962 trip to the Amalfi Coast, during which she fell in love with the Negroni. As the story goes, one of her Secret Service agents, Clint Hill, created a lighter version for his boss—with two parts Campari and one part vodka, topped with soda—and it became her favorite drink.

Thompson Zihuatanejo’s “La Corregidora” is a tribute to Josefa Ortiz de Dominguez, who helped in the fight for Mexico’s independence from Spain  Courtesy Thompson Hotels

The Thompson Seattle’s “Her Day” (a combo of gin, vermouth, Freeland Geneva and Giffard Rhubarbe) is named in honor of Eleanor Roosevelt’s six-days-a-week “My Day” newspaper column, which she often wrote at the offices of the Seattle Post-Intelligencer, where her daughter Anna was the women’s page editor. At Thompson Nashville, Hellen “Nellie” Taft—the first First Lady to drive a car, and a staunch support of the women’s suffrage movement and federal workplace safety standards—was the inspiration for the crisp, floral-flavored “The Bloomin’ Nellie”, which honors her 1912 planting of the Japanese Cherry Blossoms which are now so popular in the nation’s capital. And at New York City’s Gild Hall, a Thompson Hotel, “The Librarian” (with bourbon, apple cider, ground cinnamon and club soda) is a tribute to Abigail Fillmore’s love of books, her establishment of the White House library, and her pioneering role as the first First Lady to work outside the home. The Ladies First cocktails will be available until March 31st.