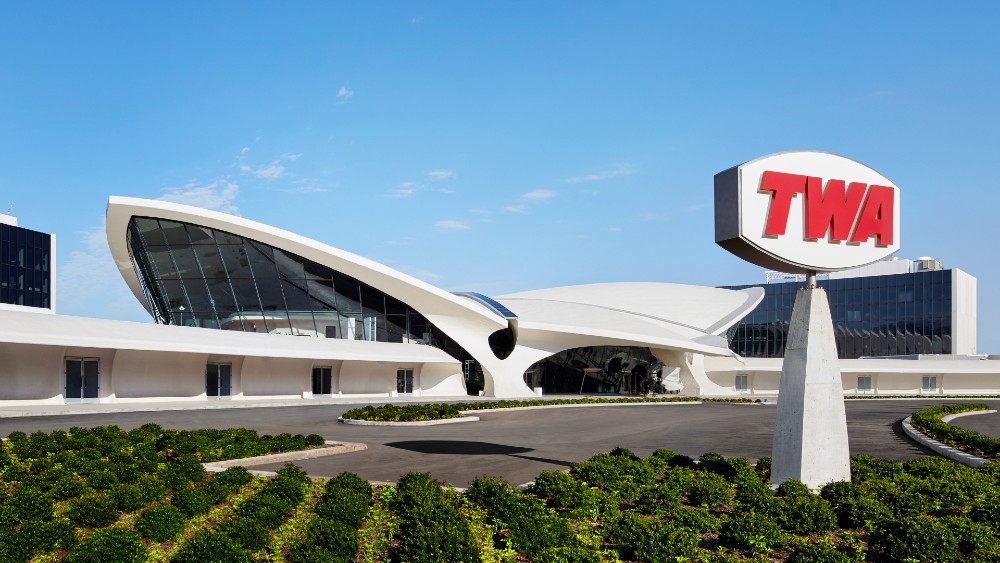 New York’s busiest airport just became a destination unto itself.

On Wednesday afternoon, the $265 million TWA Hotel opened at John F. Kennedy International Airport, with eager guests lining up for the opportunity to be the first to check-in at 4 p.m. sharp, according to CNN. The hotel, easily one of the year’s most anticipated openings, is housed in the airport’s old TWA Terminal, an iconic piece of 20th-century architecture built by the legendary Eero Saarinen in 1962, back when the airport was still known as Idlewild. The building is so revered that it was given landmark status in 1994, seven years before its namesake airline ceased operations for good.

Nearly two decades later, the terminal, decked out in the airline’s trademark red and white color scheme, is filled with striking, midcentury modern furniture designed by Saarinen. It’s not hard to imagine Don Draper and Roger Sterling nursing Old Fashioneds and vodka martinis in the lobby. But the space isn’t just for lounging; it houses 50,000 square feet of event space, a fitness center, a museum dedicated to TWA (of course), and a rooftop infinity pool and observation deck. And if you need a hot meal or a stiff drink, you’re in luck: The hotel features eight restaurants and six bars, including the Connie, where patrons can sip on a cocktail inside a 1958 Lockheed Constellation L-1649A Starliner airplane.

The ’60s-inspired hotel doesn’t skimp on the accommodations either. Each one of the 512 rooms looks out on JFK’s runways or the terminal’s interior, and they come appointed with furnishings from midcentury legends like Knoll and Eames, vintage rotary phones (updated for today) and terrazzo-tiled bathrooms, all of which might make you feel like you’re sleeping in a technicolor Hollywood classic. The hotel’s staff won’t break that spell; each is clad in a uniform designed by Stan Herman, the same designer responsible for the attire worn by the airline’s pilots and flight attendants in the ‘70s.

While the TWA Hotel pays impressive homage to a time when air travel was still special, its biggest accomplishment might be making long layovers at JFK something weary travelers no longer need to fear.

See more photos of the TWA Hotel below:

The Rooftop at the TWA Hotel  Photo: Courtesy of TWA Hotel