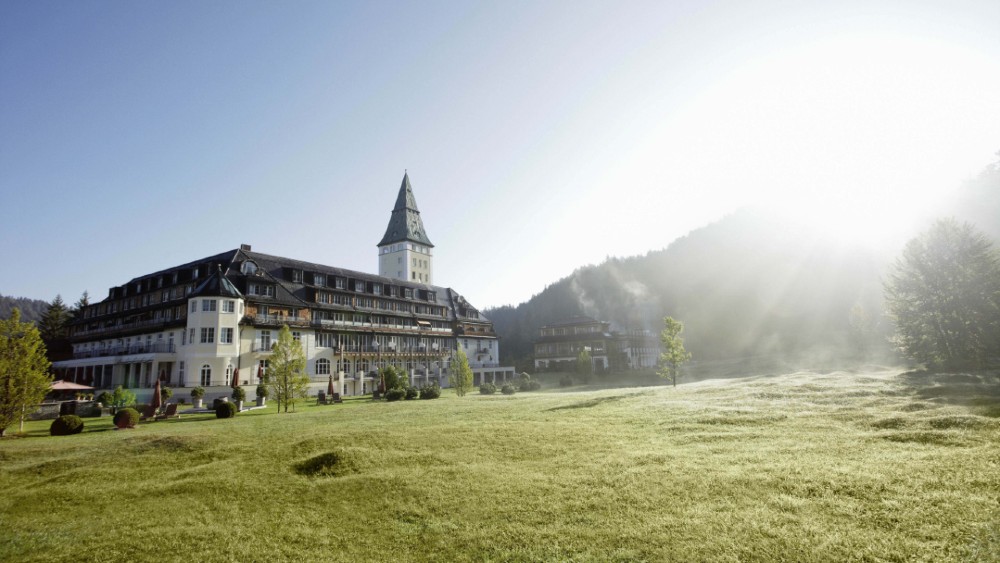 Tucked away in a forest in the Bavarian Alps, Schloss Elmau may be best known as a secluded luxury retreat (so secure that it hosted the 2015 G7 Summit) and as home to a world-class spa. But because, as owner Dietmar Mueller-Elmau states, “there is no wellness without music and literature,” the hotel also puts great emphasis on cultural pursuits, hosting an extensive series of lectures, intellectual exchanges, and concerts each year. It’s the latter that have become particularly noteworthy, especially with fans of classical and jazz music, who love the exclusive experiences the hotel provides.

Case in point: This November 13-17, Schloss Elmau will host the 21st Annual European Jazztival, headlined by jazz pianist Brad Mehldau and featuring genre greats such as Michael Wollny, Thomas Quasthoff, Nils Landgren, and Iiro Rantala. Tickets are included in the room rates, and the musicians will stay at the Schloss, too, giving guests one-on-one access beyond the concerts, in a casual setting.

The resort has hosted thousands of such concerts over the decades (typically about 200 per year), continuing a tradition started by Dr Johannes Mueller, who founded the hotel in 1914 as a retreat for artists and writers. Today, most of the performances take place in the hotel’s 250-seat state-of-the-art Concert Hall, which Mueller-Elmau built in 2005 as an intimate space in which to showcase the talents of both rising musicians as well as seasoned artists who regularly perform at top venues around the world. “I don’t do the music to fill the hotel, I do the hotel to fill the concert hall,” says Mueller-Elmau.

Among the resort’s other culture hubs are an extensive library, independent bookstore, and spaces for talks by leading European and American intellectuals. And in between all the higher pursuits, guest can indulge at the eight dining options, which include the two-Michelin-starred Luce d’Oro and the casual Elmauer Alm, a Bavarian mountain hut that is a 45-minute walk—or cross-country ski run—to the Schloss. There’s also that 70,000 square-foot spa, with five outdoor heated swimming pools, two fitness centers, a Turkish-style hammam, and a schedule of Jivamukti yoga retreats (held via a certified Jivamukti school, one of just 10 in the world.) Pair it all with hikes to nearby lakes and the eccentric Mountain House of King Ludwig II, and it’s easy to see why the Schloss is supremely tuned not only to the health and well-being of the body, but to the life of the mind.