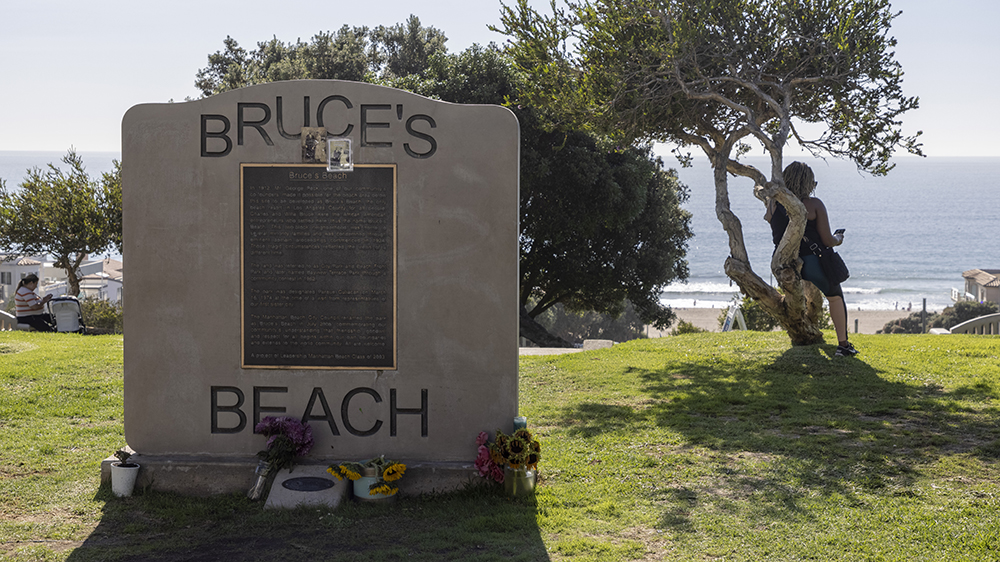 It’s taken decades longer than it should have, but the Bruce family is finally getting back what’s theirs.

California Governor Gavin Newsom signed a bill last week that will allow Los Angeles County to return a valuable stretch of SoCal beachfront real estate to the Black family it originally belonged to, reports the Los Angeles Times. The land, which was seized by the city of Manhattan Beach nearly a century ago, is believed to be worth around $75 million.

The bill confirms that the seizure of the land, on which Charles and Willa Bruce had built a thriving resort for Black families, was racially motivated and carried out under false pretenses. It also includes an urgency clause that allows the county to begin transferring ownership of the property to the Bruces’ descendants, who were represented at the signing by the couple’s great-great grandson Anthony, immediately.

The couple purchased the land that would become Bruce’s Beach in 1912 for $1,225. They would use it as the site for a resort—which included a lodge, dancehall and café—that quickly became a hit with Black beachgoers, according to CNN. Unfortunately, its success brought harassment from resentful white neighbors and the Ku Klux Klan, which tried to burn the resort down.

When that failed to drive the Bruces out, the city Manhattan Beach seized the property using eminent domain in 1924, claiming the land was needed for a park. The city paid just $14,125 for the land, well short of what the Bruces were asking. No park was ever built at the location and ownership of the land was transferred to the state in 1948 and then the county in 1995. Surrounded by houses that sell for $7 million and up, the land has been valued at approximately $75 million.

In recent years, the story surrounding Bruce’s Beach and its seizure has become a focal point of discussions about reparations in California. The decision to return the land to the Bruce family has been met with some resistance in Manhattan Beach, but has also been celebrated as a significant step forward in the fight to return land stolen from people of color.

The land that used to be Bruce’s Beach  AP Images

Although the transfer process has officially begun, there are still several technical details that need to be sorted out, including assessing a fair value for the land and verifying legal descendants. Still, it appears the Bruce family will finally  receive some measure of compensation for the land that was stolen from them a century ago. Now, perhaps a long-overdue apology from the city will follow.