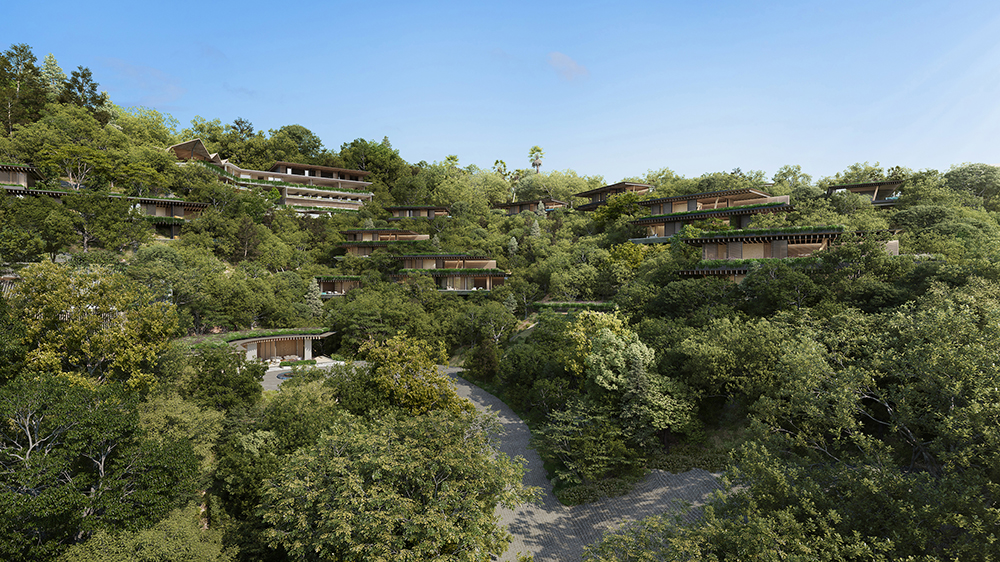 Bulgari is adding another gem to its brimming collection of hotels and resorts. The self-described “jeweler of hospitality” has just signed an agreement with owner and developer Gary Safady for a new luxury resort in Los Angeles.

Located on 33 acres in the picturesque Santa Monica Mountains, Bulgari Resort Los Angeles is scheduled to open in 2025 and will be the brand’s second property to pop up stateside. Bulgari’s first US hotel is slated to open in South Beach, Miami, a year earlier, in 2024.

The resort, formerly known as the Retreat, will comprise 58 rooms and suites, the majority of which will be located in secluded bungalows across the eastern half of the property. There will also be eight private residences for sale at a later date that will range in size from a modest 12,000 square feet to an impressive 48,000 square feet. Each will also come complete with a parcel of land.

A rendering showcasing one of the luxury bungalows at Bulgari Resort Los Angeles.  SAOTA

The resort’s lavish interiors will be spearheaded by Antonio Citterio Patricia Viel, the same Milanese firm that designed all the other Bulgari outposts. As such, it will reflect the Italian outfit’s iconic sense of glamour. The resort will be full to the brim with amenities, too, such as a 10,000-square-foot spa, a high-tech gym and a cinema. It will also feature the signature Bulgari Il Ristorante, curated by acclaimed Michelin three-star chef Niko Romito, as well as an exclusive eight-seat sushi bar.

Although it’s less than five miles from Rodeo Drive, the resort will be surrounded by natural wildlife and afford incredible views of the city below. Studio SAOTA used that as inspiration for the contemporary architecture, which appears to blend seamlessly with the environment. Furthermore, Swiss landscaping firm ENEA will work to preserve the natural habitat, including old, native trees. Bulgari says that, together, the firms are set to create one of the most integrated, environmentally sensitive developments in LA.

“The new Bulgari gem represents an extraordinary achievement for the brand to establish in such a key destination for the luxury industry,” Bulgari’s CEO Jean-Christophe Babin said in a statement. “Following the signing of Bulgari Hotel Miami Beach, we are excited to expand into the US market providing our remarkable Roman jeweler hospitality experience.”

Upon completion, the resort is expected to be the 12th gem in the Bulgari Hotels & Resorts collection.