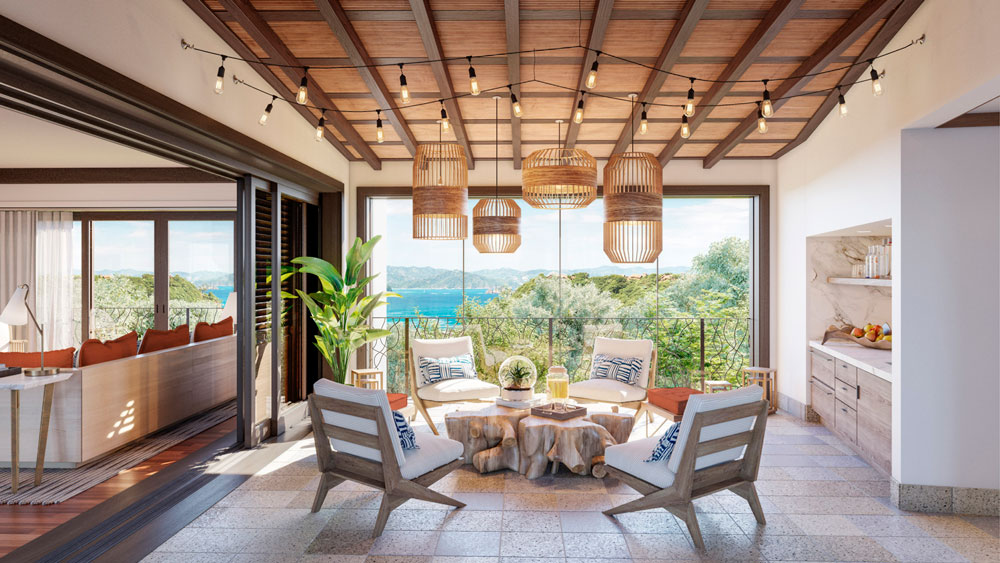 Perched on a strait of back-to-back sandy beaches and surrounded on both sides by the brilliantly blue Pacific Ocean is Peninsula Papagayo—one of Costa Rica’s premier eco-tourism destinations. The region has recently announced plans for a $100 million refresh, the crown jewel of which will be a $35 million makeover of the Four Seasons Costa Rica at Peninsula Papagayo.

The reimagined resort will debut in December with an updated design that allows the breathtaking landscape of the region to take center stage. All 181 rooms, suites, and villas will now feature an aesthetic grounded in natural colors and rich textures, punctuated by furniture and artwork created by local artisans. This tranquil palate is meant to draw guests out onto each room’s expansive balcony or patio, all of which will feature sweeping views of the ocean or jungles outside. For an even more luxurious retreat, the resort’s 15 Canopy Suites have all been updated to feature private plunge pools.

The luxurious rooms and suites of the Four Seasons provide the ultimate place to relax and unwind after days filled with exploring all 1,400 acres of the peninsula. When the resort opens later this year, the region will also debut more than eight miles of trails—all designed to preserve the habitats of the flora and fauna that call the area home—connecting the entire expanse of the peninsula for the first time ever. When not out biking or hiking these new trails, guests can take surfing and yoga lessons or interact with the locals through horseback riding, cheese making, and pottery sessions.

Guests can then round out their days at one of the resort’s five culinary venues—all of which have been reconceptualized to focus on locally scoured organic food. The new Añejo bar and Library lounge will also be the perfect place to grab a nightcap made with artisanal rum and spirits.