Together, the British Virgin Islands (BVI) are the Carribean’s unofficial capital of privacy. The BVI’s roster of five-star resorts is a who’s who of seclusion, with many located on their own islands. Most famous is 74-acre Necker-bought by Richard Branson when he was still under 30, now with room for 40 guests—but extreme-sports-loving visitors should rent out Eustatia instead, which has a water-sports center packed with toys, all under the supervision of instructor and professional kiteboarder Charlie Smith. Plus, from October, yachties can completely commander the nine-room Saba Rock next door, founded as a diving base in the 1960s before morphing into a hotel, while the eourmous Guana, at 850 acres, feels more like a private country for 35 guests. 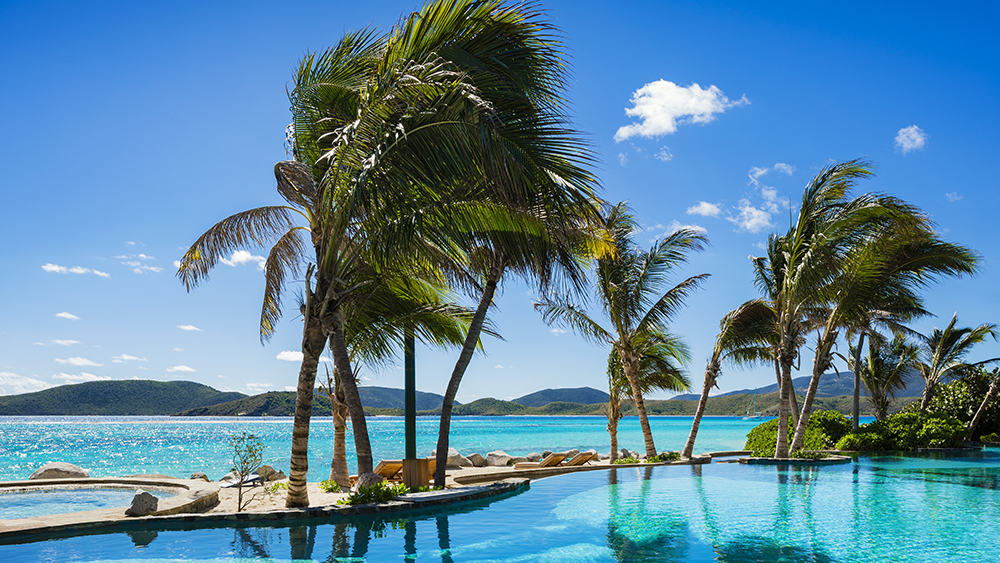 All of these resorts are reopening after a long stretch of being shuttered. Hurricane Irma laid waste to the area four years ago, ripping up most of its trees and destroying or severely damaging 85 percent of its buildings. While recovery was relatively swift, the pandemic then arrived with its own devastation. Now, finally, the BVI are back open, with the added bonus of a new arrival among these long-established resorts: the Aerial.

Sitting on 43-acre Buck Island, just southeast of Tortola, it was listed for $25 million after the previous owner’s death and snapped up by 33-year-old Britnie Turner. The Nashville-based entrepreneur and real-estate developer was smitten by the BVI from her first visit, with Branson, on a retreat to Necker. (She’s also signed up to be Virgin Galactic passenger number 800.) After Irma’s wreckage, Turner immediately pitched in to assist the territory, even moving to the BVI for several months to help manage relief programs. 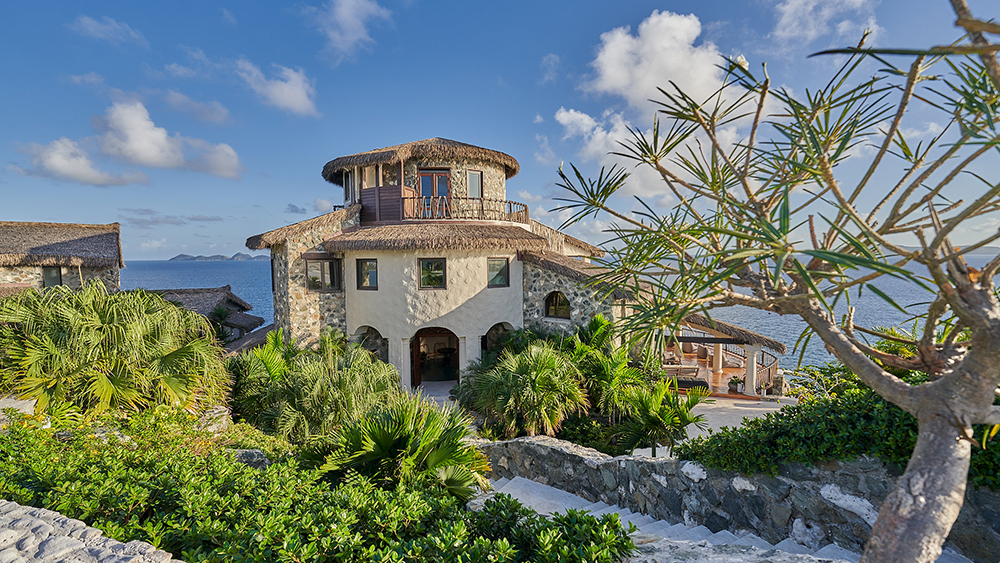 The Aerial’s unofficial penthouse has 360-degree views from the top of this turret.  Aerial BVI

The new hotel is intended to support her mission for economic as well as emotional uplift—hence, the Aerial. “The purpose of this island was never for me to have an escape, somewhere to goof off on the water,” she says. “The point has always been to orchestrate as much good as possible.” Travel specialist Miriam Omphroy from Embark Beyond, who has particular expertise in the BVI, singles out the Aerial from its peers. “It’s a paradise in paradise, a peaceful, healing place where you can reconnect with nature, and the chance to give back has a ripple effect on the local community,” she says.

Turner thinks of the private island as a restorative retreat for up to 30 guests. (Buyouts start at $40,000 per night, with a three-night minimum.) The five residences, all rock walls and wide-planked wooden floors, are deliberately open to the breezes, bringing nature into the rooms. Unexpected details such as swings instead of seats and an in-house recording studio add a playful whimsy. These buildings are also positioned in a cluster, better to protect the countryside, as most of it is heavily forested. Turner is currently building a few stand-alone villas nearby, each of which can do double duty, either for spa treatments or as an oversize, ultra-private suite. 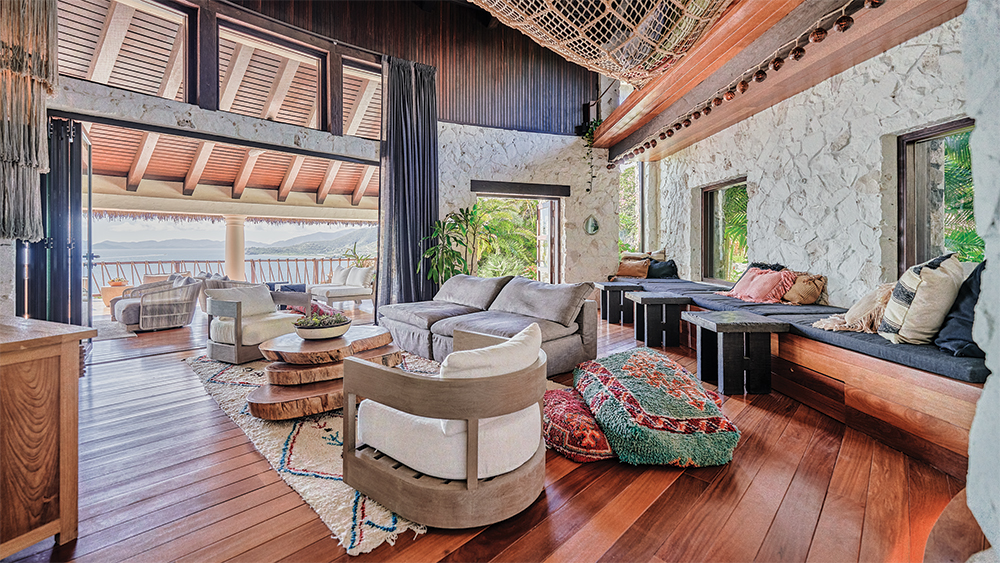 The central lodge features quirky details like this oversize hammock slung from the ceiling in the common area.  Aerial BVI

The property is operated sustainably, with food sourced through the islands’ farms. There’s also a full roster of wellness programming, from red-light therapy to environmental healing. “Nature changes people,” Turner says. “It makes you find that purpose, that meaning, the energy to be able to push through any obstacle.” Guests are also encouraged to give back to the local community, whether by tagging turtles for conservation efforts or helping with reef cleanup. There’s even a petting zoo, with a twist: Every animal has been rescued, whether zebras once destined for a hunting ranch in Texas or ponies earmarked for a Mexican slaughterhouse. It’s called Redemption Farm. 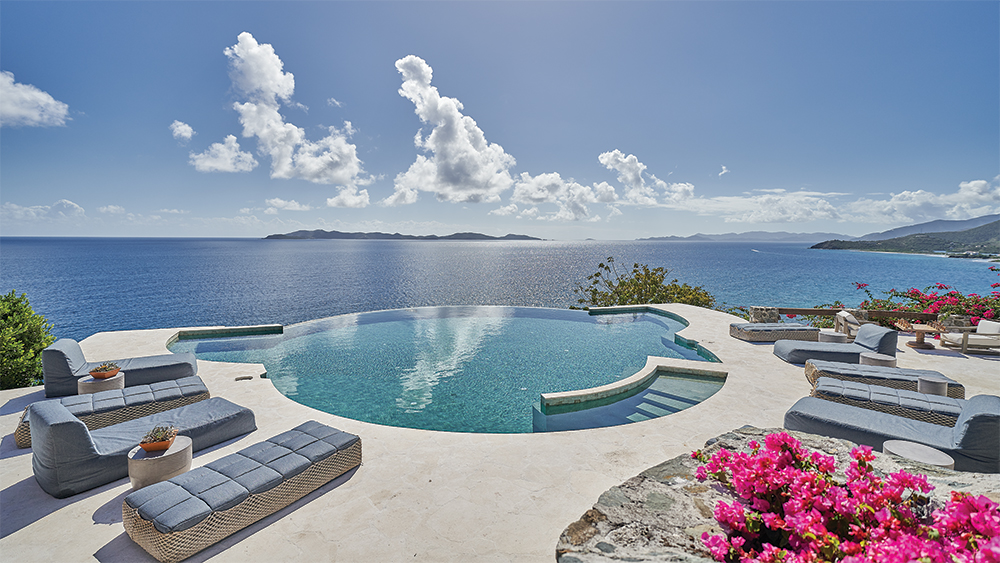 The Aerial’s pool deck is the perfect place for aperitifs.  Aerial BVI

Turner hopes that the blueprint she’s work-shopping on Buck Island can become a template to be repeated elsewhere. Indeed, she’s already had inquiries. “It won’t be a copy-paste of this place, though,” she says. “I don’t know a ton of millennials owning an island where you can heal, relax, be calm… and also give back. Come on, that’s everything.” 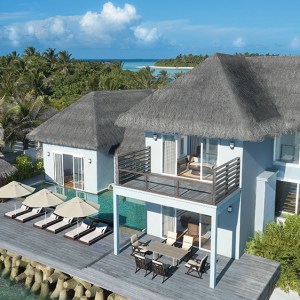 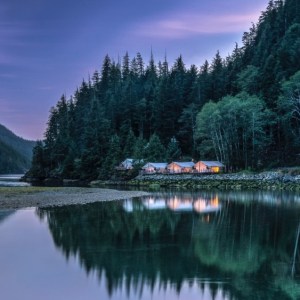 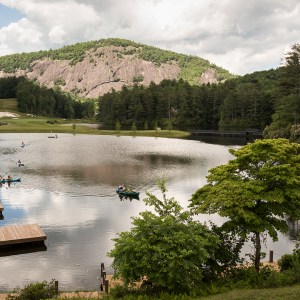 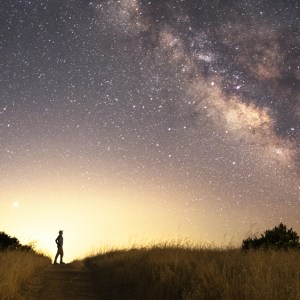 This Sonoma Luxury Resort’s $95,000 Astronomy Experience Is (Almost) Out of This World