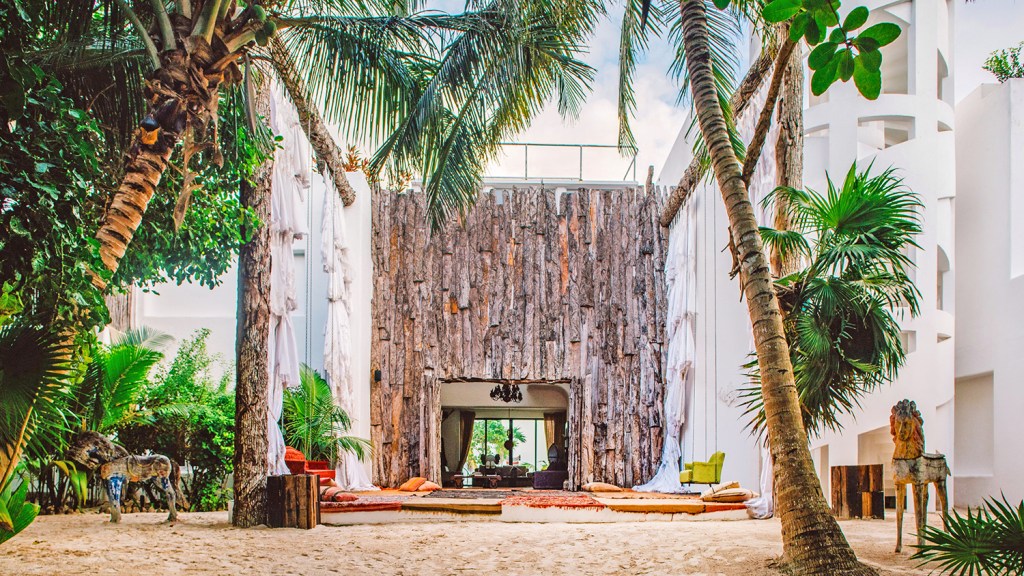 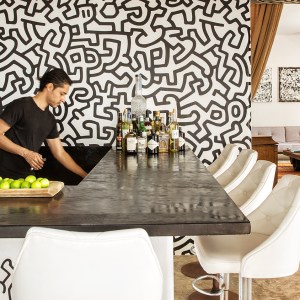 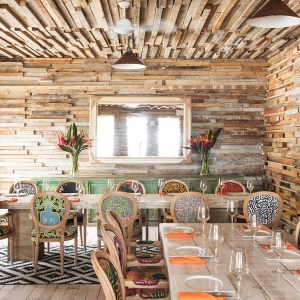 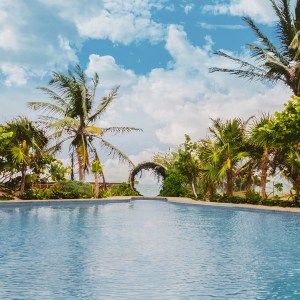 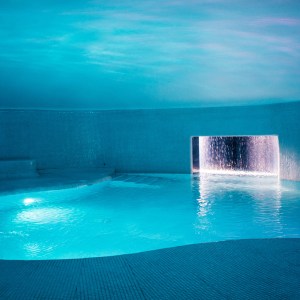 It’s little wonder Pablo Escobar needed a quiet place in the Caribbean to get away from it all. The Colombian drug lord known as “the King of Cocaine” no doubt led a busy life: In-between smuggling unprecedented amounts of narcotics into the U.S. during the 1970s, ‘80s, and ‘90s—and racking up around $22 billion per year in profits in the process—he likely spent much of his time hiding out in an attempt to elude authorities and would-be assassins.

Thus, Escobar found a favorite hideout in his Mexican beach house, an all-white ultra-modern mansion hidden away in a secluded corner of Tulum near the border of the Sian Ka’an Biosphere Reserve. In 1993, however, the estate was left abandoned when the drug baron was at last captured and subsequently killed. Roughly a decade later, the secret estate found a new (and, thankfully, more law-abiding) owner in New York art dealer Lio Malca, who has turned the storied property into a luxurious boutique hotel.

Today, Casa Malca, which opened last year with 42 rooms and suites, shows no signs of its former life as a drug baron’s lair. Instead bright, airy, and eco-friendly decor gives the property a back-to-nature feel, with contemporary art from Malca’s personal collection serving as an eclectic backdrop. Guests will find Keith Haring in the bar, Kaws in the lounge, and paintings by the likes of Kenny Scharf in the rooms, all augmented by crafts and furniture created by local artisans. The property’s main restaurant, Philosophy, also draws on local producers and businesses, with Catalan head chef Fran Llobet delivering a taste of modern Yucatanese cuisine and contemporary international dishes, using fresh local ingredients, from tropical fruits and homegrown herbs to straight-from-the-sea fish.

Each of the light-filled accommodations is a hideaway in its own right, featuring floor-to-ceiling windows that frame views of the Caribbean Sea or a private garden. There are plenty of opportunities to unwind around the beachfront property as well, whether strolling through the thick tropical rainforest nearby or lounging with a cocktail on a peaceful stretch of white sand. Indeed, a stay at this infamous getaway might just prove intoxicating—and addictive.