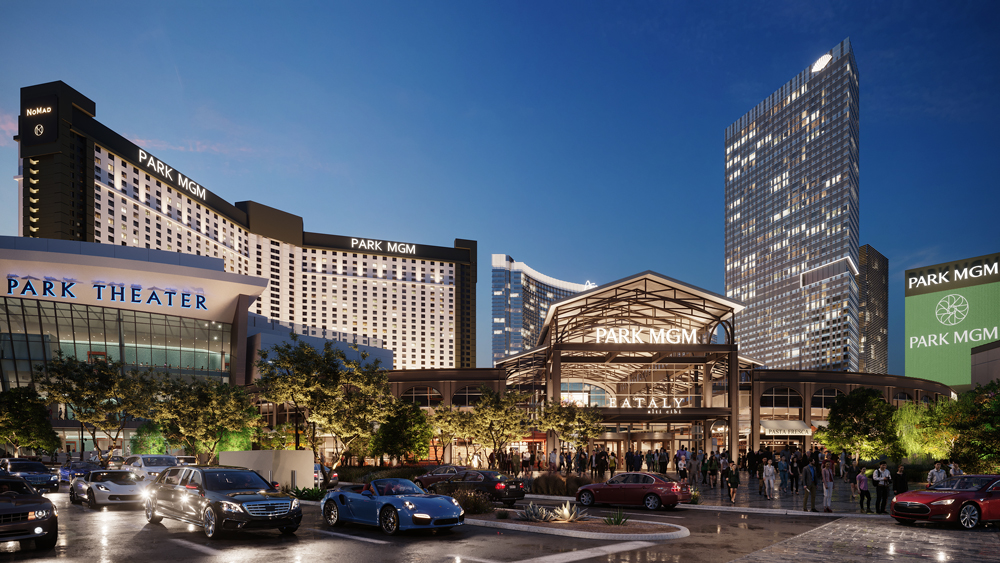 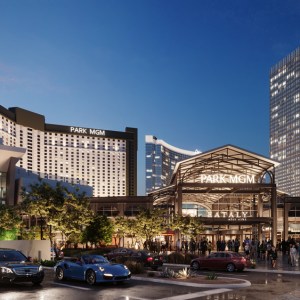 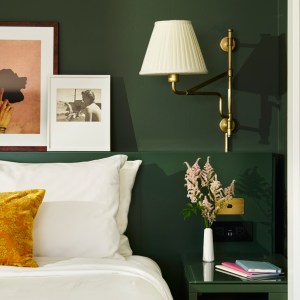 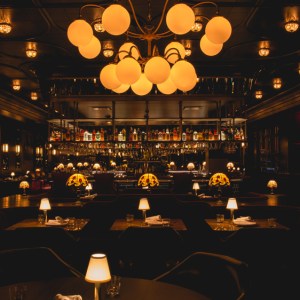 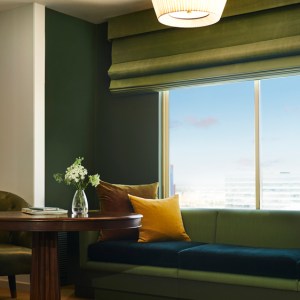 The NoMad team is at it again, bringing their distinct, high-end style to a decidedly more disreputable place: Las Vegas. Sydell Group, which owns and runs the NoMad hotel and restaurant in New York and the brand’s newly opened property in downtown Los Angeles, has partnered with Park MGM to reimagine the Monte Carlo Resort and Casino on Las Vegas’s Strip.

The $550 million transformation of the tired Monte Carlo property incorporates two distinct hotel experiences: a Las Vegas version of the acclaimed NoMad Hotel, set to open at the end of the year, and the launch of a new luxury hotel named Park MGM. The Park MGM portion, which will open later this month, has the requisite staggering lineup of food and beverage options, a brand-new pool deck, and 2,700 renovated rooms.

These spacious Park MGM rooms offer a modern design that evokes a metropolitan apartment, thanks to bespoke furniture and eclectic artwork like mixed media, photographs, and found objects from Paris-based creative studio Be-Pôles. Each room features bold accents in red or dark green—colors inspired by the cacti blooms in the surrounding Nevada desert—and centerpiece picture windows with a built-in settee showcasing stunning valley views. The Park MGM side also offers an entire floor dedicated to the Stay Well hotel program, ideal for those trying to mitigate the consequences of Vegas’s many indulgences. These holistically designed rooms include energizing lighting, dawn simulator alarm clocks, long wave night lighting, air purification systems, contouring support memory-foam mattresses, and shower infusers in an effort to counteract the well-being pitfalls that are typically part of a stay in Sin City.

The NoMad side will essentially be a hotel within a hotel, which is similar to what MGM Resorts did when it opened a Delano hotel inside Mandalay Bay in 2014 (and what Caesars Palace did when it opened the Nobu Hotel in 2013). Guests will be ushered up to the tower’s top floors via a separate lobby, where 290 chic rooms await. The design takes the cosmopolitan apartment theme of the Park MGM to the next level. Expect hardwood floors and the fashionable, tailored design that the NoMad is known for—in short, a boutique oasis amid Glitter Gulch’s debauchery.

Guests on both sides of the property will have access to the resort’s new Pool Oasis. Designed by Martin Brudnizki Design Studio, the pastel-chic outdoor escape channels the sun-drenched south of France, featuring three pools with shelf seating and submerged wet decks, an oversized heated spa, lounge areas, and multiple bars. Posh pool-goers should settle into a plush chaise in the VIP area by the East Pool or book one of 12 private cabanas, which come complete with amenities like a 55-inch LED television, a misting system, large-format bottle service, and ample comfy seating.

Unsurprisingly, the food and beverage options are impressive, bringing in big names to make a Vegas-sized splash. There will of course be a desert outpost of the award-winning NoMad restaurant by chef Daniel Humm and restaurateur Will Guidara; a restaurant by L.A. superstar Roy Choi; and a location of Italian megastore Eataly—all set to open later this year. In the meantime, guests can head to Bavette’s Steakhouse & Bar, a sibling to Chicago’s beloved Bavette’s Bar & Boeuf from meat maven Brendan Sodikoff, or to Primrose, a casual spot evoking Provence. Juniper Cocktail lounge, presenting elaborate cocktail creations and the largest gin collection in the city, opens this month

And since no new Vegas hotel would be complete without a blockbuster residency, the property’s 5,300-seat Park Theater, which opened in 2016, has recently announced that Lady Gaga will be settling in for 2 years starting in December 2018. After all, what’s Sin City without a little bit of “Bad Romance”?