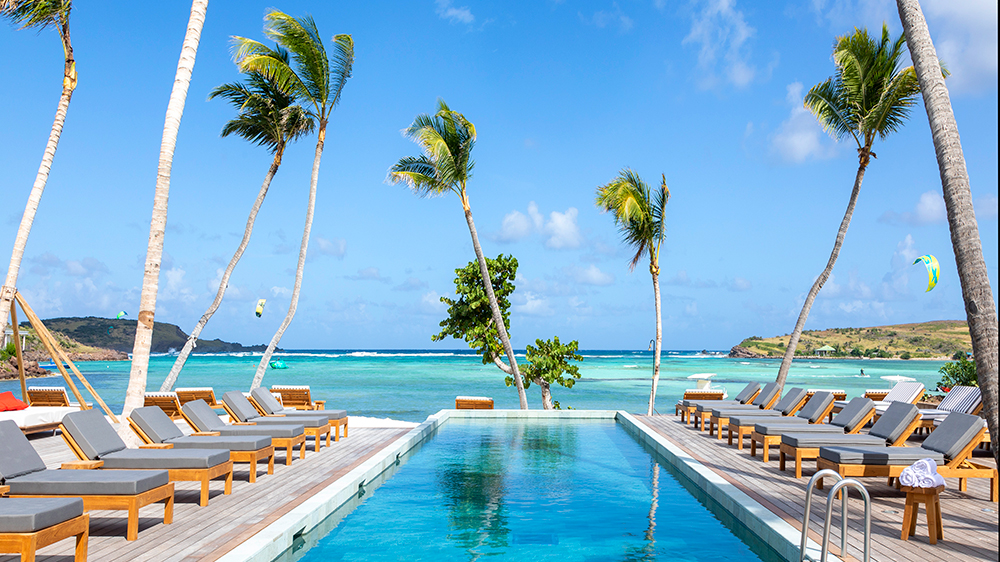 St. Barts is the gift that keeps on giving. After the devastating damage of 2017’s Hurricane Irma, everybody’s favorite French-Caribbean island has been coming back with a bang—one resort reopening after another. And now it’s Le Sereno’s turn to wow us all with a major makeover as the beloved Grand Cul de Sac resort opens its doors with 39 rebuilt suites, an all-new beach restaurant, spa and fitness facilities, and of course, the design-driven ethos of understated luxury and simplicity that defined the original property.

In the true spirit of plus ça change, plus c’est la même chose (translation: “the more things change, the more they stay the same,” a rallying cry for post-hurricane St. Barts if ever there was one), Le Sereno has risen from the rubble in fine form. Under the guidance of the hotel’s owners, the Contreras family, the yearlong renovation included the complete demolition and rebuild of most of the property. The original design team—famed Parisian designer Christian Liaigre and architect Fernando Tabora—were brought back 15 years after Le Sereno first opened its doors to re-envision a total upgrade. Among the most notable enhancements are the new 7,000-square-foot villas, each of which comes with three bedrooms and a private pool overlooking the sea from a picturesque hillside. Making improvements in the name of conservation, meanwhile, are new solar panels, LED lighting, and air conditioners with heat exchangers.

You’ll get a taste of Europe—beyond chic France—too. At the newly built spa, products are by the Swiss skincare miracle worker Valmont; boutique features Larusmiani, the oldest menswear brand of Milan’s famed Via MonteNapoleone; and in the restaurant, Chef Alex Simone brings the Mediterranean to the Caribbean with dishes like poisson en croute de sel (fish baked in salt-crust) that originate from Le Sereno’s sister property Il Sereno in Lake Como. It’s like a trip around the world—without ever leaving the perfect sands of Grand Cul de Sac Beach.