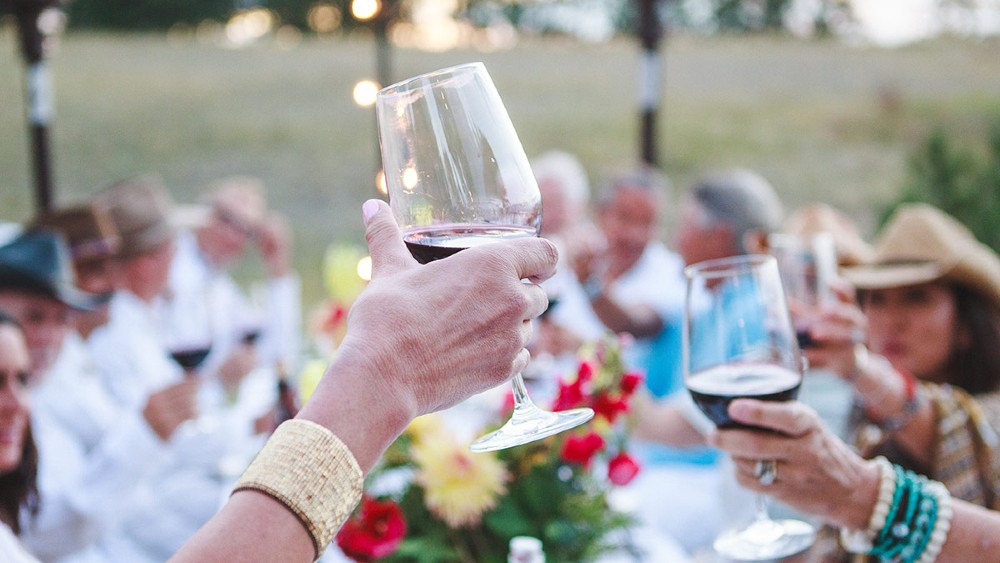 Courtesy The Resort at Paws Up

For up and coming chefs, the chance to work at Thomas Keller’s legendary Yountville restaurant The French Laundry is something of a rite of passage. With 26 years and a perfect three Michelin stars under its belt, the restaurant’s countless alums have gone on to run kitchens and restaurants of their own the world over. One of those alums, Sunny Jin, is currently the Executive Chef of Montana’s The Resort At Paws Up—a luxury ranch-style where, as the end of this month, he will gather together a group of French Laundry vets for an epic weekend of food and fun.

The 37,000-acre resort runs from the Blackfoot River up to the mountains  Courtesy The Resort at Paws Up

Jin spent three years working alongside chefs Thomas Keller and Corey Lee, an experience he says not only informed his cooking style, but also helped pave the way for himself and so many other in the culinary community. “Our time at The French Laundry shaped us, and in a sense, chose our paths,” he recently told us. “Those paths spread us across the globe. The chefs and I each went our separate ways after our time at French Laundry, to find our own interpretations of food, so it will be interesting to bring our experiences together in this one event. Our guests have a weekend full of huge surprises in store for them.”

Called The French Laundry Unfolded, the event will take place February 28-March 1 at Paws Up. During the course of the weekend, Jin and fellow former French Laundry chefs—including Chef Jeremy Miller of Georgia’s Southern Salad, and Chef Courtney Park of three-Michelin-star Benu in San Francisco—will present a series of tasting menus, specialty cocktails, and other foodie experiences. The chefs will also join guests on wilderness activities ranging from dog sledding to snowshoeing.  “Techniques will be shared, good memories will resurface, and shenanigans will be had,” says Jin. “The best part is that guests will be encouraged to join in all the fun.”

In between eating and drinking, enjoy activities like snowmobiling and horseback riding  Courtesy The Resort at Paws Up

“I’m thrilled to be able to host my peers for the first time here in Montana,” Jin continues, “and I was thrilled about this unique idea because I knew this would be a simple and beautiful way to pay respect to a restaurant that has helped many chefs gain culinary confidence. And that barely touches on what The French Laundry stands for to those who have earned a place in its timeline.” The French Laundry Unfolded starts at $1,540 per night for four (two adults and two children) and includes all meals and wilderness adventures, accommodation in a Meadow Home, a $200 activity credit per person and roundtrip airport transportation.