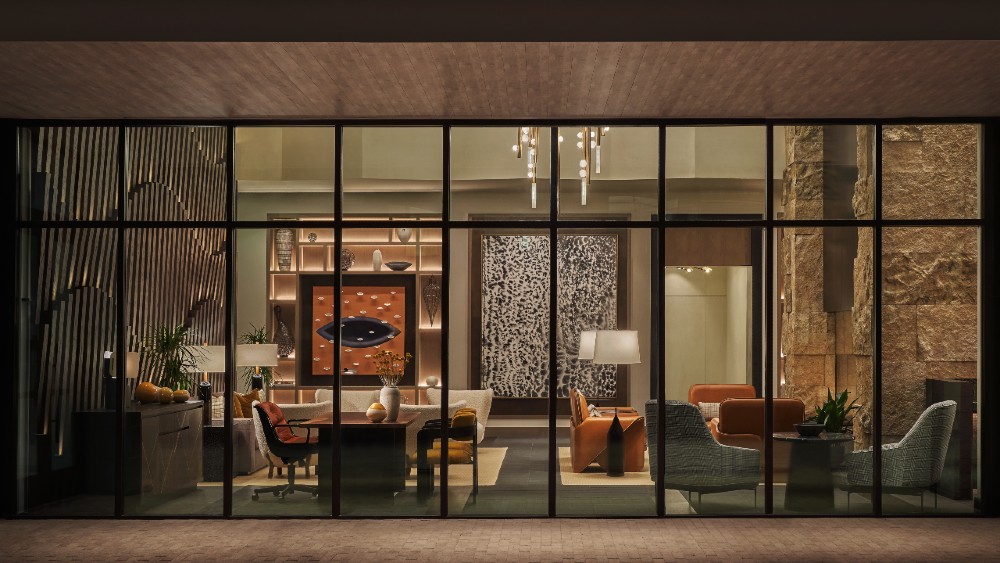 Between the sublime powder and the droves of celebrities who turn up for the Sundance Film Festival, Park City, Utah, exudes a posh air. Yet the largest ski resort in the US, once a silver-mining hotspot, still maintains a captivating vestige of the Old West, beckoning with a down-to-earth personality. Pendry Park City, opening February 15, invites an exploration of that local culture against a polished, contemporary backdrop.

Pendry Hotels & Resorts, the chic spinoff from five-star Montage Hotels & Resorts (Montage Deer Valley, a 20-minute drive away, is one of the region’s most sought-after accommodations), first made its mark in San Diego’s Gaslamp Quarter in 2017, followed by other city-center outposts in Baltimore, West Hollywood, Chicago and New York CIty. Now all attention is on the brand’s first resort in the western Rockies.

The hotel features the only rooftop pool and lounge in Park City.  Christian Horan Photography.

The Park City area teems with familiar luxury hotel flags, including St. Regis, Waldorf Astoria and Auberge Resorts Collection, as well as exclusive boutique properties like the Washington School House Hotel. According to Pendry cofounder and creative director Michael Fuerstman, it was also an organic fit for Pendry.

“We’ve always been enamored with Park City,” he tells Robb Report, noting how he has made regular visits there over the last 15 years. “It’s such an amazing ski destination, with some of the best snow and terrain in the country, an incredible airport and access, and a thriving town that hosts festivals and cultural events and continues to resonate with our guests. It’s absolutely booming right now; there’s such great momentum.”

Located in Canyons Village at Park City Mountain, the 153-room ski-in/ski-out Pendry Park City is comprised of three buildings surrounding a plaza that doubles as an outdoor living room for fireside hangouts upon returning from the slopes. Aprés-ski shindigs might also unfold at the aptly named Aprés Pendry, the lobby bar with a modern alpine aesthetic and double-height glass and steel windows, and at the soon-to-open Pool House, Park City’s only rooftop lounge and pool. Sushi and wood-grilled steaks slicked with yuzu butter await at Kita, while the laidback Disco Pizza will serve shareable eats when it debuts this spring.

The Apres Pendry bar is poised to be a local hotspot.  Christian Horan Photography

Much of Park City’s identity is characterized by the great outdoors, and the hotel capitalizes upon it by providing an onsite Compass Sports outlet for ski and snowboard rentals and to plot hiking and biking excursions. For those who wish to unwind at the hotel all day, there is a 24-hour fitness center with Peloton bikes and Technogym equipment, as well as Spa Pendry, the place for a High-Altitude Glow Facial or massage bolstered by river stones and bamboo sticks.

In collaboration with Columbus Pacific development, the resort was designed by SB Architects, headquartered in San Francisco, and West Hollywood-based KES Studio.  Throughout, there are angular forms that recall mountain ridges and dark, patinaed metals that reference the city’s boom-town heyday. Including the custom light installation by Dutch designer Arnout Meijer gracing the entry, the art collection, highlighting talents from around the world, is another of the hotel’s standouts.

Guest rooms, suites and residences, points out Fuerstman, “enjoy abundant natural light and space, as the buildings were designed to maximize views in all directions.” Done up in soft gray tones, they meld materials like oak, terracotta line and marble. With a fully equipped kitchen, two terraces and four bedrooms, the Pendry Suite is particularly lavish.

“Pendry Park City offered us the chance to take the idea of new luxury to a different setting,” says Fuerstman of Pendry’s urban departure. “You can feel that this is a different style of resort at arrival.” Winter rates start at $1,195 for rooms, $1,795 for one-bedroom residences and $9,995 for the four-bedroom Pendry Suite.