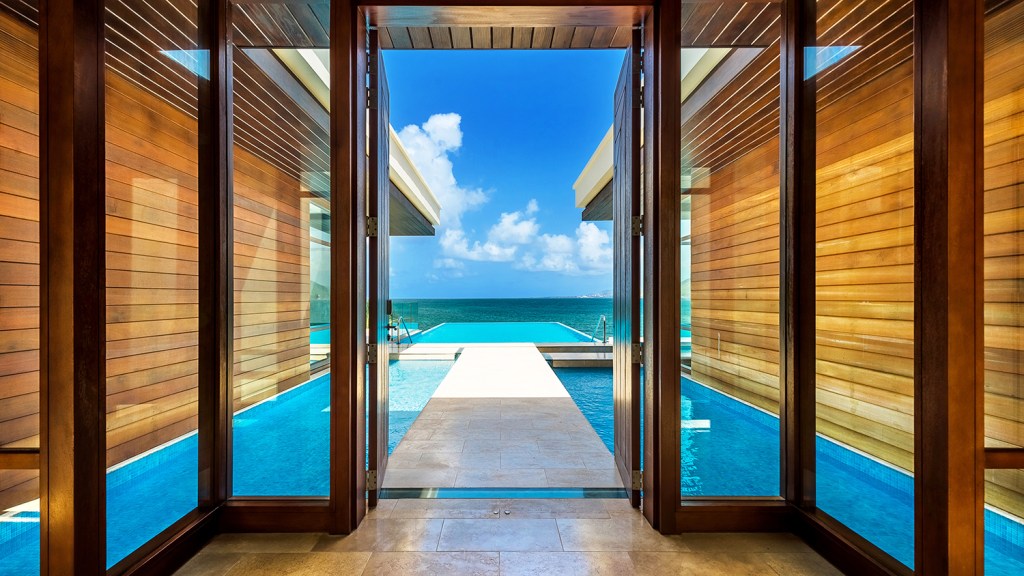 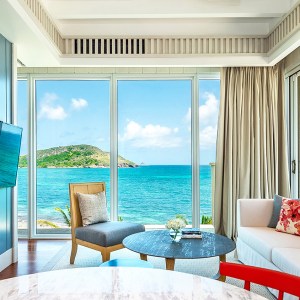 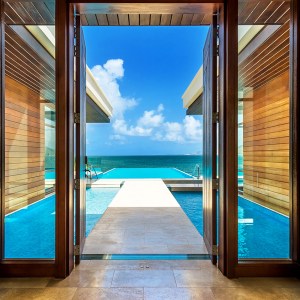 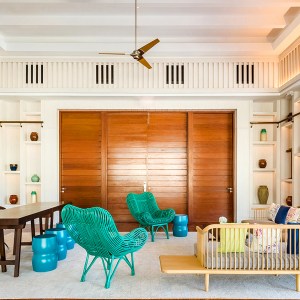 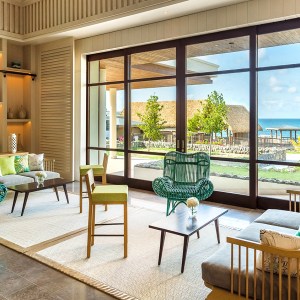 The Park Hyatt has launched its first hotel in the Caribbean this month in the southeastern coast of St. Kitts. The 126-room property—part of the ambitious Christophe Harbour yachting development—is situated on a tranquil stretch of Banana Bay, considered one of the island’s prettiest shorelines thanks to its powdery pale-gold sands and crystalline waters.

Although the Park Hyatt St. Kitts draws plenty of inspiration from its idyllic surroundings, the décor scheme eschews typically Caribbean motifs in favor of a minimalist vibe, with sleek, sharp angles set against the soft backdrop of thick palm trees and aquamarine waters. Rooms are equally understated, with discreet local touches in the form of Kittitian artwork. The whole property is spread out in an arced formation in order to maximize views of the sea and the emerald peaks of neighboring Mount Nevis in the distance.

Park Hyatt’s attention to all things local is most clearly evidenced in its two restaurants, both of which put a heavy emphasis on indigenous ingredients and flavors. The Great House is a nod to plantation manors of yore, with soothing white interiors spruced up with turquoise accents. This nostalgic venue features an elegant afternoon tea service along with all-day dining (and a well-attended all-day rum bar). Fisherman’s Village feels rustic in comparison, with slatted walls and a décor scheme inspired by traditional fishing huts, fittingly complemented by an array of fresh-from-the-sea dishes.

The resort’s pièce de résistance, however, is undoubtedly its Miraval Life in Balance Spa. This bright iteration of the celebrated Arizona institution promises plenty of unusual offerings, from treatments that integrate lava rocks to “floating” Thai massages conducted in pools of water. There’s even a yoga and meditation sala designed to resemble the old sugar mills that were once a common sight across the island.