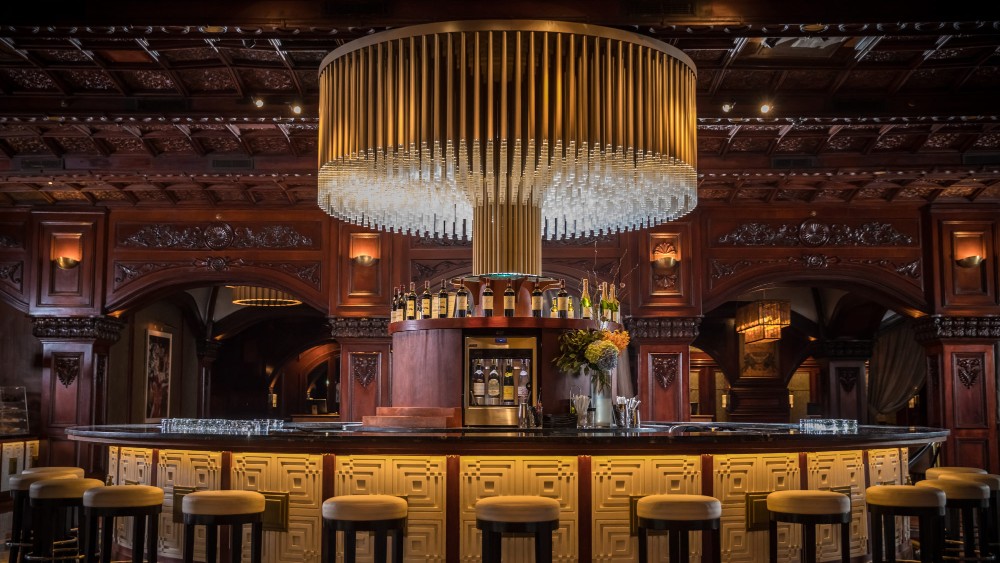 With its hand-carved cherry mahogany ceilings, cabaret stages, magnificent crystal chandeliers and 300-year-old Banyan tree, the beachfront El San Juan Hotel in Puerto Rico has long been emblematic of a bygone era in luxury. Now, after two back-to-back renovations totaling more than $125 million, the historic hotel has been revived to suit the standards of modern day travelers, too. As part of that regeneration, the icon has also joined the prestigious Fairmont Hotels & Resorts collection, which includes grand properties such as The Savoy in London, and The Plaza in New York City. 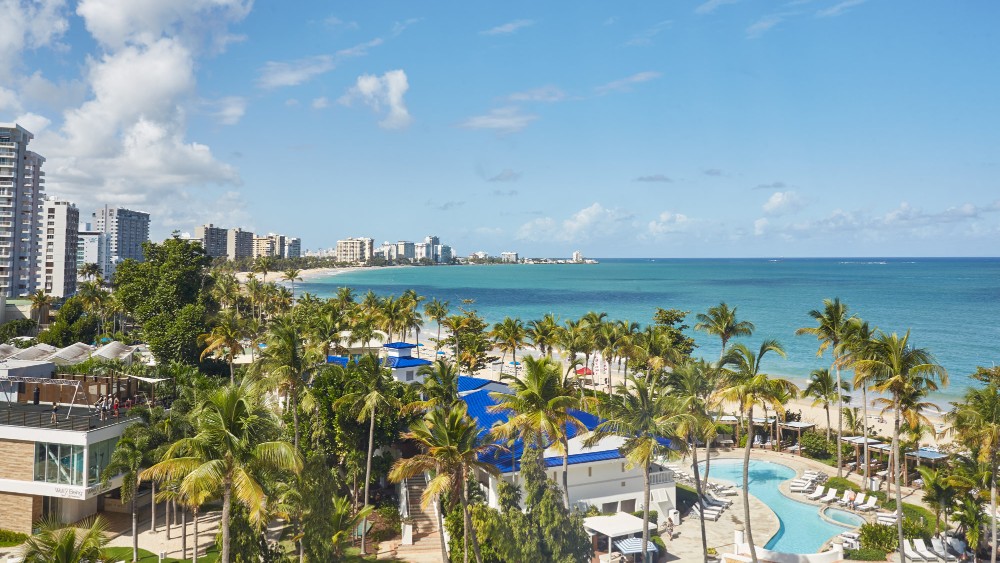 “You walk in and you see it—it’s already a Fairmont,” says Andro Nodarse-León, a partner in León, Mayer & Co., a Miami-based private equity firm that purchased the hotel in 2015. “You have that sense that it’s an important place within the community and the city.” The El San Juan Hotel has held that special place in the heart of Puerto Rico since its opening in 1958. Set along a two-mile stretch of beachfront in San Juan’s Isla Verde district—just five minutes from the airport—the resort was designed by modernist Morris Lapidus, who also created the Fontainebleau and Eden Roc hotels in Miami Beach.  It quickly became a magnet for not just the island’s high society but also the jet set, often hosting celebrities such as Sammy Davis Jr., Nat King Cole, Frank Sinatra, Eddie Fisher, Carol Channing and Liza Minelli. But the hotel lost some of that luster over time, as it passed through different owners and management companies. “A property this unique,” Nodarse-León says, “you have to be really careful with it, and you can’t commoditize it.” 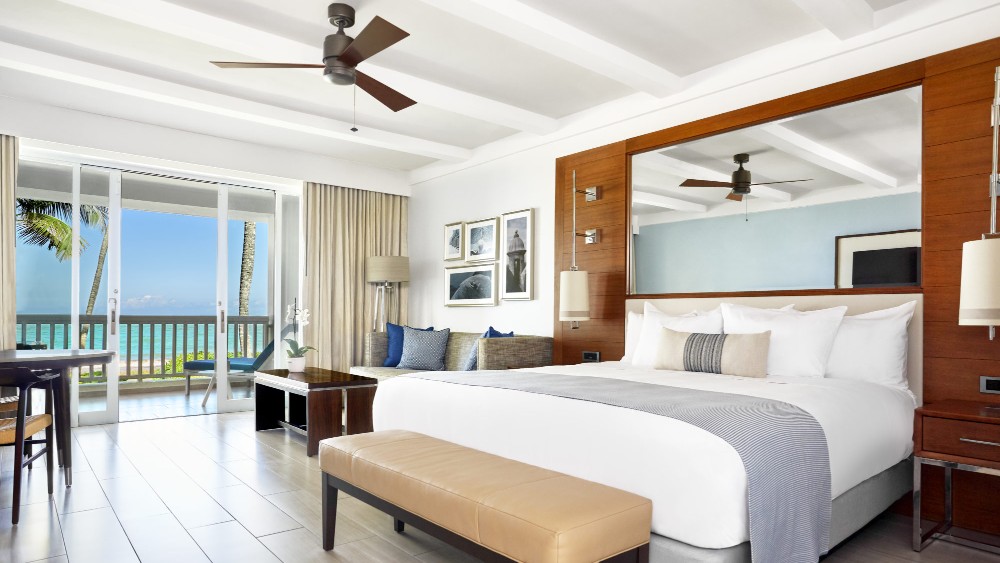 A $60 million renovation in 2017 brought back some of that old glamour, revealing 388 refurbished suites, bungalows and villas, four beautifully restored swimming pools, an acclaimed nightclub, boutiques, a three-story wellness center and a full spa, and upscale dining that includes the Miami steakhouse Meat Market. But hurricanes Maria and Irma hampered that progress just two months after renovations were completed. “Our entire back of the house—the heart of the operation—was completely lost,” Nodarse-León reveals. Much of the property was under as much as four feet of water, and the widespread damage led to another $65 million renovation. “Other groups would have given up,” he says. 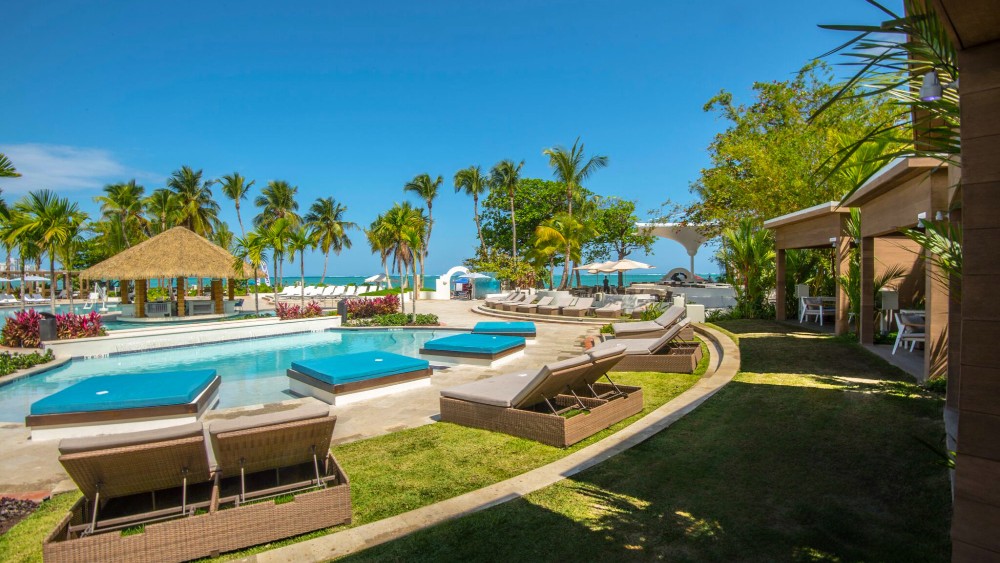 Despite those setbacks, the hotel has re-emerged with a vibrancy that rivals those glory years of the ’50s, which has led to the partnership with Fairmont. “(The hotel was) already operating in a luxury environment, so on the Fairmont side, we just have to touch on what the hotel already has in its DNA,” says Andrea Torrance, SVP of Guest Experience for Fairmont, who is overseeing the transition to align the El San Juan’s standards and programming with those of the hotel group. Now fully restored, the hotel’s alliance with Fairmont, says Nodarse-León, validates the work that has gone into it to help it live up to its storied past. “I’m looking forward to 2020 being the first year with the hotel entirely complete, so that we can see all that come to life again.” 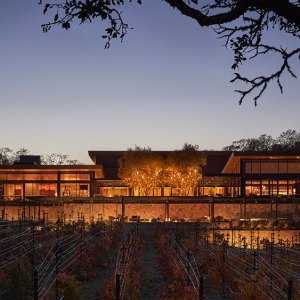 Caribbean 10 Luxurious Caribbean Resorts That Are Reopening This Fall
ad