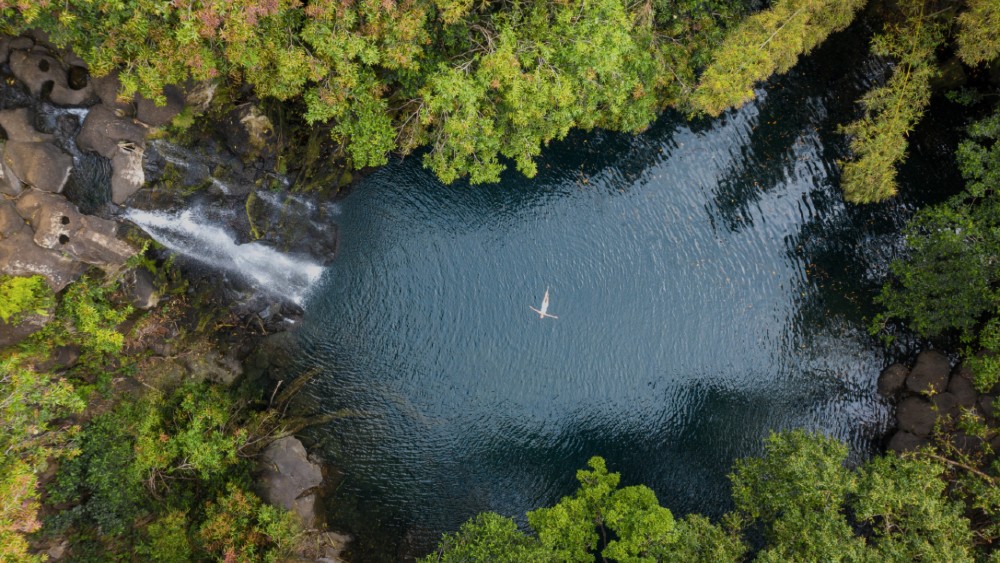 Not that the 164-room property isn’t idyllic, of course. In fact, the street address literally begins with Blue Bay Marine Park, the government-protected habitat tucked into a quiet corner of the island’s southeast coast where you’ll find exceptional corals, their Technicolor denizens, and very few tourists. So you’d be forgiven for wanting to spend your entire stay here—just you, the Indian Ocean, the ozone-purified pool (one of several eco-friendly measures), the beach yoga, the Thai massage pavilions, the six restaurants and, for good measure, the occasional private torch-lit dinner on the sand. (That instinct to stay put will become even more pronounced mid-year, when eight sprawling pool villas are slated to open; two will have two bedrooms, the rest four.)

But if you do stay put, then you’d be missing out on the singular local experiences the hotel excels at celebrating. If you do nothing else to get a sense of the surrounding community, book a tour of nearby Mahébourg—the old colonial capital and current fishing village—with the aforementioned “streetwise guru.” His actual name is Lionel Athion, and this affable 31-year old is as local as local gets: a Mahébourg-born and -bred mix of Indian, Chinese, French and possibly Malagasy or Mozambican ancestry who knows seemingly everyone. He’ll introduce you to the village fishermen (you’ll even go for a ride in one of their traditional wooden pirogues), the coolest hidden hangouts (the pier at the fish landing station is his favorite), the must-see colonial holdovers (the National History Museum tops the list), and the best street food at the market (hands down, the lentil-stuffed dholl puri).

Ride in a traditional wooden fishing boat with your in-the-know guide  Photo: By Abbie Kozolchyk

On a related note, Mauritian food is definitely having a moment thanks to the likes of Selina Periampillai and Shelina Permalloo, and anyone who’s interested should enroll in Spice Spoons—Anantara Iko’s hands-on creole cooking class. Another favorite activity with foodies, the hotel’s Tea and Rum Route excursion, is a standout as much for the lush backcountry you’ll see as for the tastings you’ll do. Bois Cheri (which you’ll probably keep wanting to call “Bois Cheri Amour,” if you grew up with even the faintest awareness of Stevie Wonder), is home to not only a historic tea factory and museum, but also an ethereal little lake that’s surrounded by tea plantations and deer herds. You’ll get the best views from the chalet, where you’ll try every tea from coconut to vanilla. Then at Chamarel—where your principal destination is a beloved single estate rum distillery—you’ll find yourself at least as intoxicated by the nation’s tallest falls as they plunge hundreds of feet into a pool in the rainforest. The prismatic, undulating terrain of the nearby Seven Colored Earth geopark makes for a gorgeous bonus, complete with resident monkeys.

By day’s end, the spa invariably beckons (the Ayurvedic menu and the traditional hammam, in particular), as does the impeccably lit pool. Though official swimming hours are sunrise to sunset, as long as you’re quiet, you can (and should) stay well after dark, when the starry southern sky makes for the most sublime backdrop. Room rates start at $356 per night; pool villa rates start at approximately $1,320.

Richard Branson’s Moskito Island Lets You Choose Your Own Adventure

The Legendary Rosewood Le Guanahani St. Barth Is Back With a New Level of Luxury