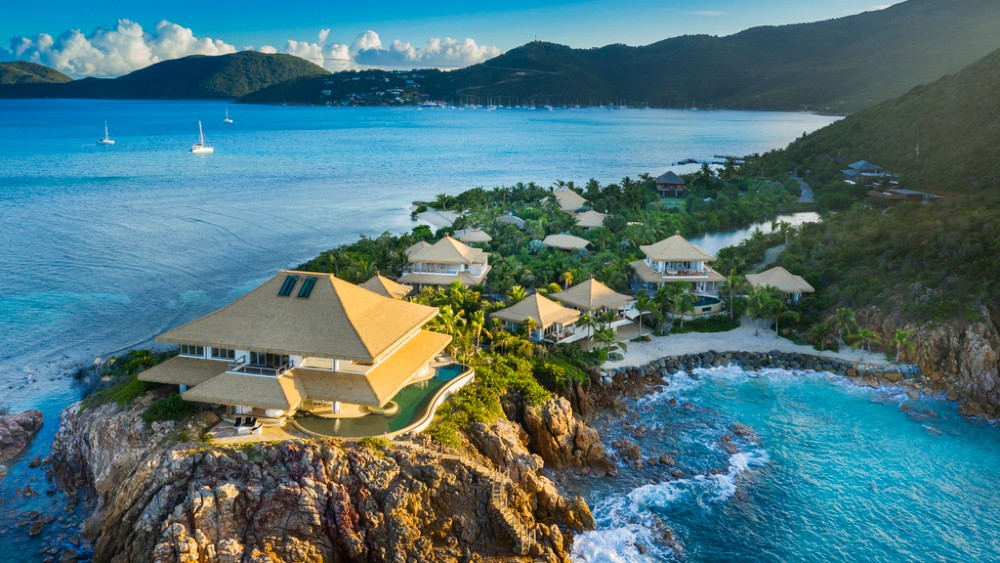 Fires, hurricanes, global pandemics—Richard Branson’s two private Caribbean islands have seen a number of challenges over the last few years. But, driven by the personal passion of the mogul himself, Necker Island and Moskito Island have returned better than ever, with both now open for bookings. Though not officially announced, the lesser-known Moskito, which is home to a number of private estates, will also be launching one of the world’s most exclusive villa rental programs in 2021. With the December 1 re-opening of the British Virgin Islands to international travel (with detailed protocols in place), and the interest in private islands stronger than ever, now’s the time to see for yourself why Branson spends so much of his own time on these tropical havens.

Branson first fell in love with Necker in the late-1970s and purchased the then-deserted 74-acre island for significantly less than the asking price (reportedly, he paid just $180,000.) For years, it served as a Branson family private retreat—Richard and his wife, Joan, were married there—before the main house and a few nearby villas became available to book on a buy-out basis. The Bransons maintained private villas on the island, however, and were there when a fire tore through the place in 2011, and again when Hurricane Irma all but leveled it in 2017. The last bits of the post-Irma construction and renovation were just being finished this past April when Covid-19 shut down travel to the island, so this month’s re-opening marks the first time in years that the place can be experienced in full. Standouts include the brand-new Bali Hi villa complex, two additional guest rooms and the installation of three wind turbines, furthering the island’s commitment toward sustainability and renewable energy.

While work was underway on Necker, Branson moved over to his estate on Moskito Island, his other BVI retreat just two miles away. Purchased in 2007, the 125-acre island was developed as a real estate community, with the individual lots sold to and developed by private owners, many of whom were invited by Branson himself. (A limited number of lots are still available for purchase; interested parties can contact enquiries@virginlimitededition.com for details.)

Though plans to offer the 11-room Branson Estate for bookings have been in the works for a few years, the more regular presence of the Bransons—and Moskito’s own Irma-related damage—delayed that move until this year. With BVI’s relaxation of Covid restrictions this month, guests can now reserve exclusive use of the Estate, which features a main house, two connected villas, pools, a private beach and a staff, plus use of the island’s tennis courts and water sports equipment, access to boats and more. Several of the other luxury private estates on the island have also recently been completed, and a few of them will soon be available to rent as part of the Virgin Limited Edition portfolio. Details on what’s sure to be some of the most exclusive villa rentals around will be available in spring 2021, with the official launch of the program.

Necker Island is currently available to buy-out for up to 40 guests, including all meals and drinks, water sports, kids’ activities, and more; rates start at $105,000 per night. During select “celebration weeks” throughout the year, rooms can be booked individually, at rates starting at $5,000 per night; check here for details. The Branson Estate on Moskito Island is currently available to book for rates starting at $33,000 per night (for 11 bedrooms) or $12,000 per night (for four bedrooms), also including meals, activities and staff. All Virgin Limited Edition properties have put new safety measures in place, including offering 24/7 access to medical support.