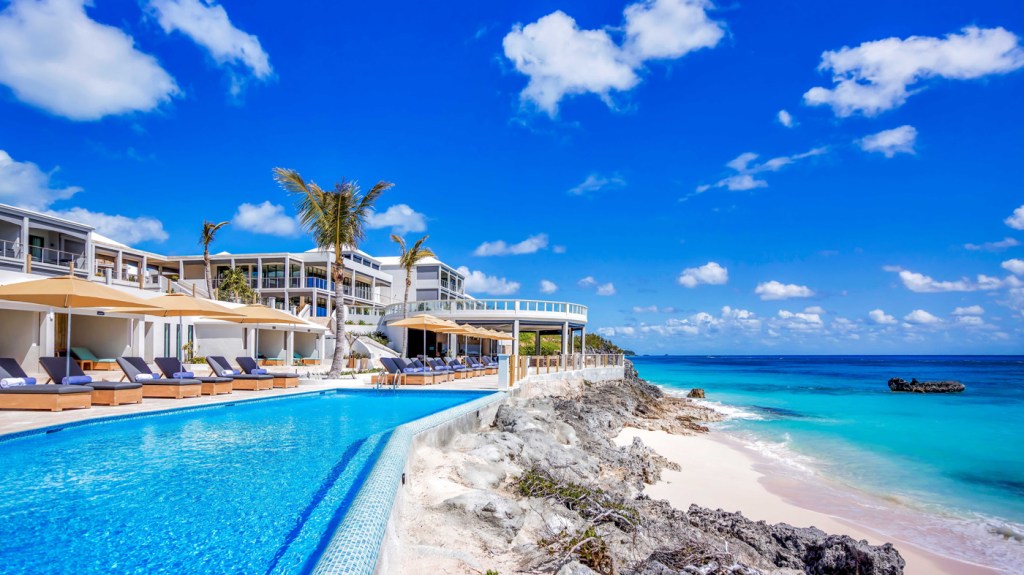 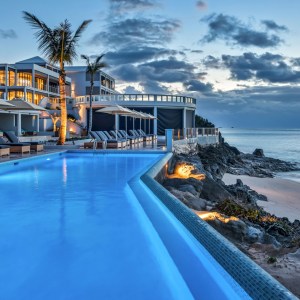 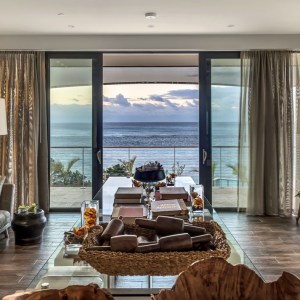 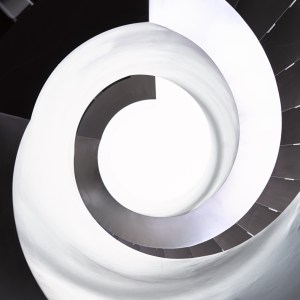 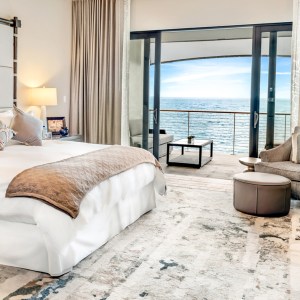 The island culture of Bermuda has a penchant for unusual uniformity, from a shorts-and-socks dress code for business to multi-hued pastel homes that seem to be residential de rigueur. This carefully curated aesthetic, however, now finds eye-catching contrast with the Loren at Pink Beach, the first new hotel build on Bermuda in nearly a decade.

Officially opened in April, the 45-suite retreat is set on eight coastal acres and infuses a sense of striking modernity to the region’s hospitality landscape. The Loren’s architectural approach places a premium on locally sourced materials, natural light, and visual access to the Atlantic ocean—elements that help define the lobby and fine dining venue, which both feature oceanfront floor-to-ceiling windows. Other sumptuous structural details and interior accents include a glass spiral staircase in the main entrance, carpeting that presents a map motif of the isle, and a ubiquitous display of blue and grey. 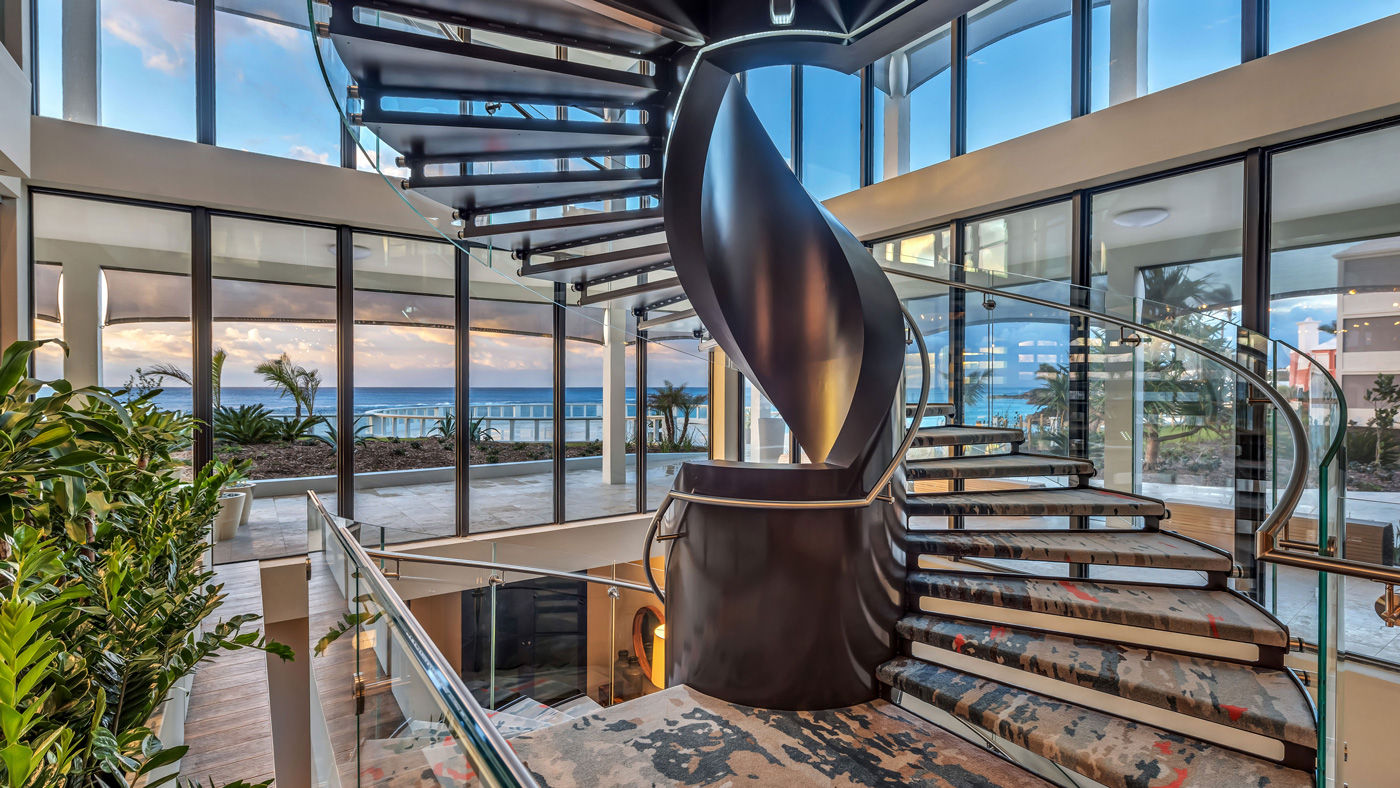 Complementing the design cues are numerous original works of art from the personal collection of the Loren’s developer, financier Stephen King. Among the pieces that grace both the communal areas as well as accommodations, are sculptures, paintings, and mixed-media from artists that include Brazil’s Vik Muniz and Cuba’s creative collective, Los Carpinteros.

Each suite includes a furnished terrace and a five-piece marble bathroom with a free-standing tub, a rain shower, and Malin + Goetz bath products. In addition, seven 3,555-square-foot private villas comprise three bedrooms, a living room and dining room, a chef’s kitchen, and a personal plunge pool. Further aquatic attractions consist of two guest pools (flanked by four cabanas) and the vast expanse of the Atlantic, bordered by a band of pink-sand beach. 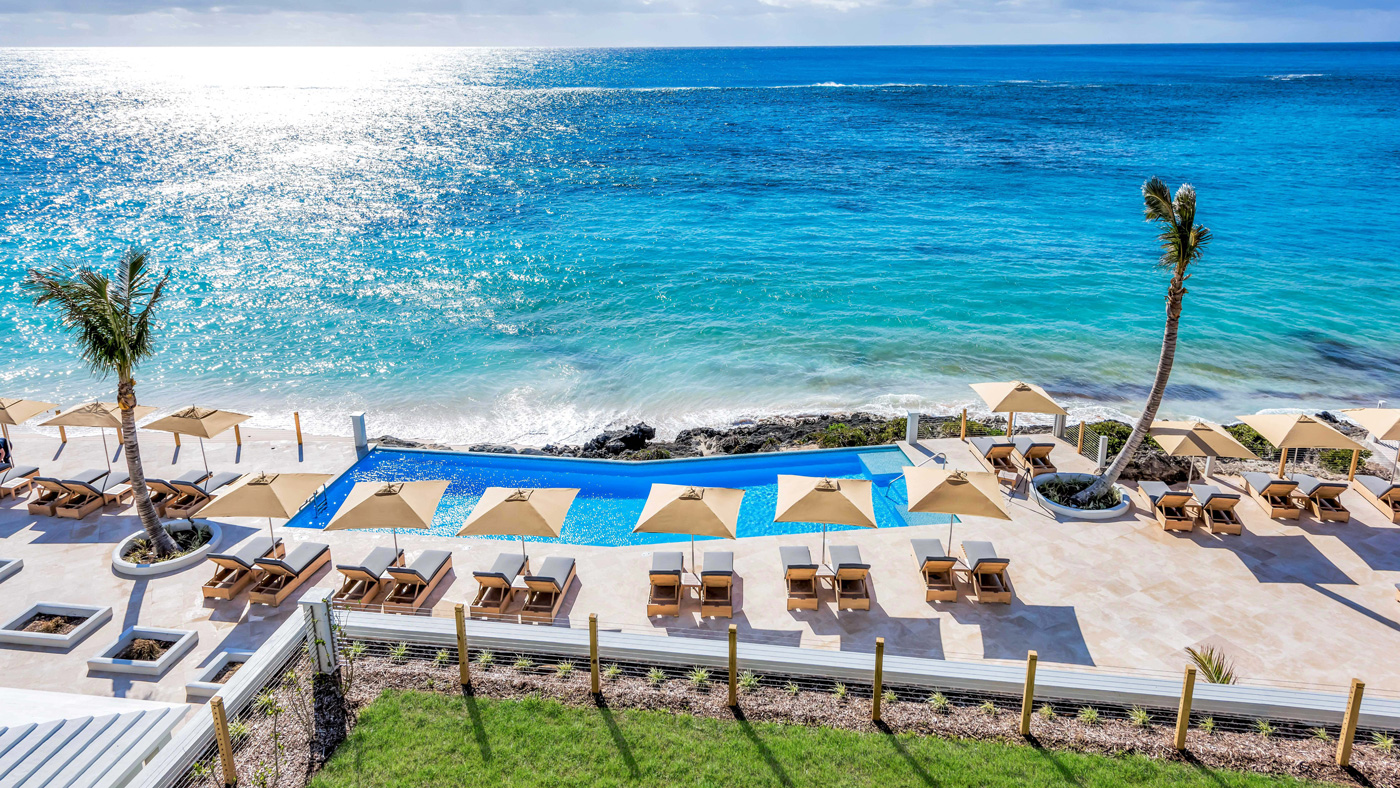 One of two guest pools at the Loren at Pink Beach.

The surrounding environment is also a key ingredient in the hotel’s culinary centers, which are overseen by executive chef Tim Sullivan. At Marée, Bermuda’s own fresh seafood and produce is showcased on a menu of new American cuisine, while the Pink Beach Club presents casual fare in a laidback ambiance.

To nourish wellbeing, the Spa at the Loren provides a comprehensive array of nurturing therapies, such as the Signature Loren Massage (which incorporates hand-carved Himalayan salt stones), mindfully administered in four treatment rooms.

Guests of the Loren at Pink Beach can expect to stay for a starting price of $900 per night from April through September, and $450 per night the remainder of the year. 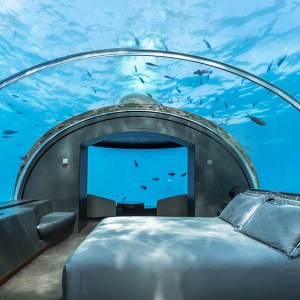 This $125,000 Travel Package Lets You and 5 Friends Spend Thanksgiving Underwater in the Maldives 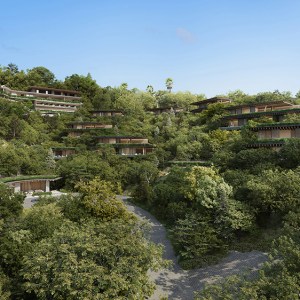 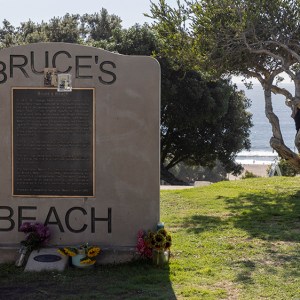 A Black Couple’s California Beachfront Land Was Stolen in the 1920s. Now Worth $75 Million, It’s Being Returned to Their Descendants.