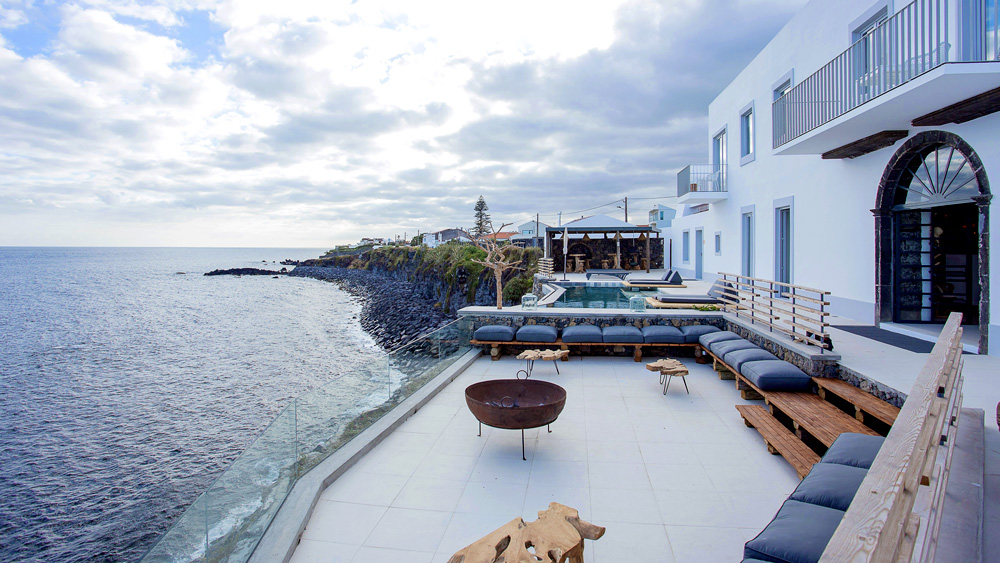 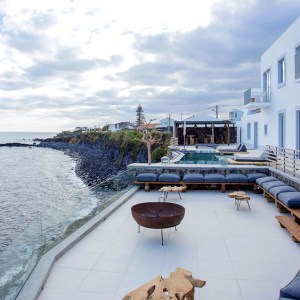 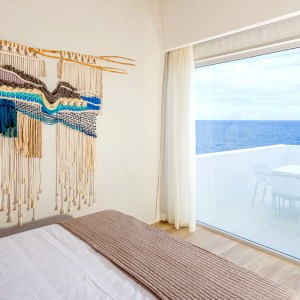 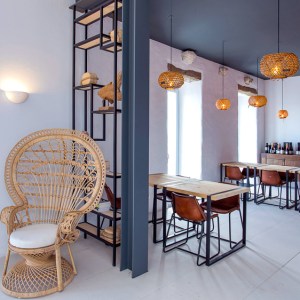 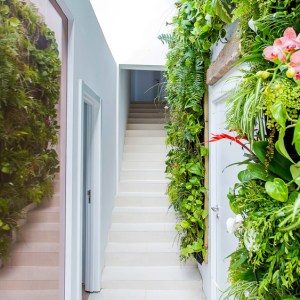 More and more, hotels are becoming temples of creative expression—from densely layered Kit Kemp whimsy to dramatic Baz Luhrmann maximalism—so an all-white hotel can feel like a bit of a cop-out, as if the owners were playing it too safe to take any aesthetic chances. But that is certainly not the case at the newest luxury hotel in the Azores Archipelago of Portugal.

Owner João Reis was so committed to the idea of creating a non-distracting visual language for his second hotel on the stunning São Miguel island, that he named the place White—and rightly so. The hotel, which opened last summer, is oriented on the side of a cliff so that each of the nine suites and one freestanding villa has a drop-dead view of the sparkling sapphire Atlantic below and fringes of green on the periphery.

Reis, who also owns the well-regarded Santa Barbara resort on the island’s other coast, was inspired by the understated luxury of the whitewashed hotels in Santorini, where he spent some of the most rejuvenating vacations in his life. So when he stumbled upon a crumbling old summer home integrated into a winery that would later become White’s home, he decided to create a hotel that would preserve the stone building’s typical Azorean architecture while mixing it with Greek-isles-style minimalism.

And while the resulting palette is neutral, it’s far from sterile. Natural elements prevail: Think rope, driftwood, cotton, volcanic stone, wicker, cotton, and living plants. Many of the rooms have direct access to the wide terrace and perfectly situated, heated saltwater pool. Others boast original architectural details and dreamy reading nooks overlooking the sea. The plum is the villa, which comes complete with its own private courtyard equipped with an enormous heated swimming pool.

Likewise, Cardume, the property’s guests-only restaurant, doesn’t play it too safe. The menu ranges from island classics like garlicky grilled limpets and squid rice to more adventurous fare like lobster tagliatelle and wok-fried chicken with dried fruits. The cooking is straight-ahead and the open-air dining room is delightful in its simplicity, putting the attention again where it belongs: outside.