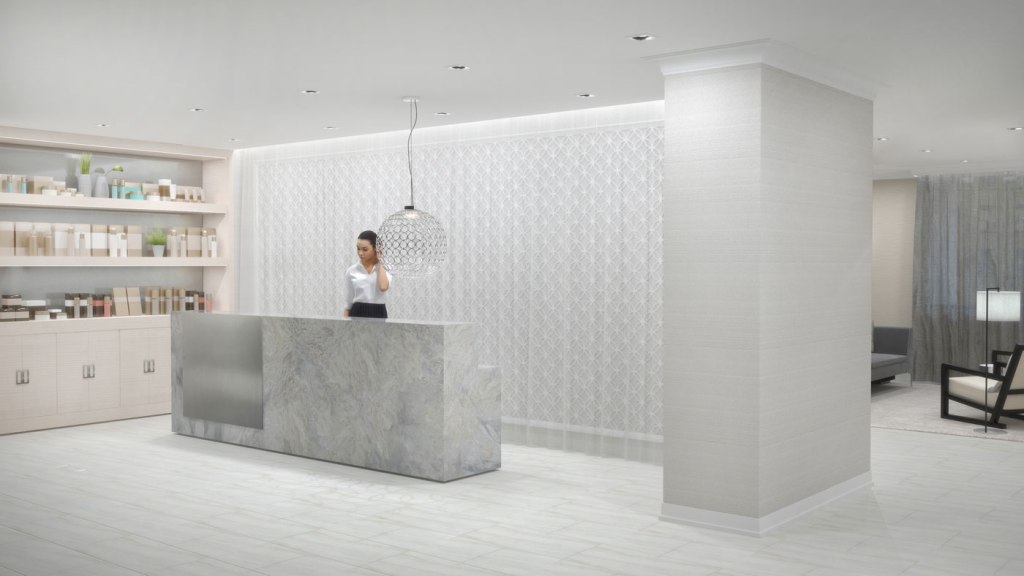 Chuan Body + Soul is exactly what New York needed. The tranquil spa, which opened in March on the fourth floor of Midtown’s luxurious Langham Place New York, is an understated departure from the city’s go-to hotel spas—the over-the-top Spa at Mandarin Oriental and the glammed-up Spa de la Mer at the Baccarat Hotel among them—delivering a holistic wellness experience beyond the predictable flash and flair.

True to the Hong Kong–based Langham Hospitality Group’s roots, Chuan delivers an East-meets-West experience, offering traditional Chinese medicine techniques and therapies as well as products from beloved American brands like Kerstin Florian and HydraFacial MD. Guests access the 4,000-square-foot facility by way of a moon gate­–style entrance, arriving in a moody and mellow space far removed from frenzied Fifth Avenue below. The spa is equipped with just three treatment rooms, making for an intimate setting in which guests rarely have to share the relaxation lounge—replete with amethyst-infused water, herbal teas, and healthy snacks—or steam room and sauna.

But it is Chuan’s devotion to holistic wellness that sets it apart in this city filled with five-star spas. Every treatment begins with a consultation that determines the guest’s needs based on the five Chinese elements of wood, fire, earth, metal, and water. Therapies such as the Chuan Harmony Massage (which is said to stimulate meridian-line harmony for the mind, body, and soul) utilize this tailored profile to cater to guests’ body chemistries. With this customized approach, even the Signature Massage, an oft-forgettable service that pops up on nearly every spa menu, becomes a stand-out therapy.

Chaun also offers treatments with a more Western approach, including services by the California-based skincare brand Kerstin Florian, with a collection of Signature Urban treatments that focus on repairing the face and body after long days and nights in the city. And for the spa goer with a fitness agenda, the new 2,000-square-foot Technogym fitness center ensures a strong physique to go along with your pampered body and soul.