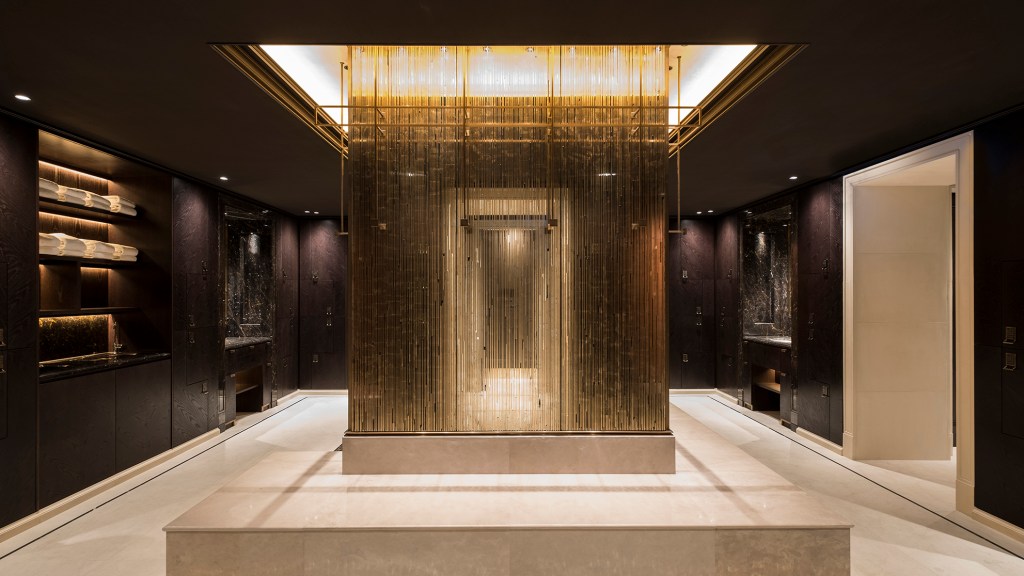 In a city as distinctive as London, you have to be truly special to stand out—and three new luxury spas are proving they’re up to the challenge. Offering so much more than traditional 60-minute massages and steam sessions, these next-generation wellness escapes are bringing inventive treatments, state-of-the-art fitness programs, and ultra-luxurious relaxation to the Big Smoke. Read on for an entirely new wellness experience.

Four Seasons Hotels and Resorts’ second London outpost is mastering the art of haute wellness. Opened in June—roughly six months after the hotel’s debut—the Spa at Four Seasons Hotel London at Ten Trinity Square is the work of design collaborators Joseph Caspari and Mio Shibuya, who beautified the subterranean space with vivid gold mosaic tiles, classical columns, and sparkling silver and bronze details. The 46-foot-long swimming pool surrounded by columns with glistening vine motifs and marble flooring is a highlight, as are treatments by such top international brands as Amala, Espa, and Dr. Burgener. Each of the eight treatment rooms is a sanctuary in its own right with dome-shaped ceilings and warm natural wood paneling.

Club Relax at the Ned

Housed between tony Mayfair and Belgravia, the Lanesborough Club & Spa is every inch the extravagant wellness facility its ritzy address would suggest. Inaugurated in March, the elegant and ornate space, measuring an unrivaled 18,000 square feet, offers hotel guests and members a one-stop spot for optimum fitness, relaxation, and socializing. Top-notch amenities include bespoke workout plans devised by vetted expert trainers, indulgent spa treatments by brands like La Prairie and Anastasia Achilleos, and healthy cuisine (and cocktails) conceptualized by the Lanesborough’s Michelin-starred chef Florian Favario. Not sure where to start? Consult with one of the spa’s attentive butlers, who can tailor every visit to your individual needs.