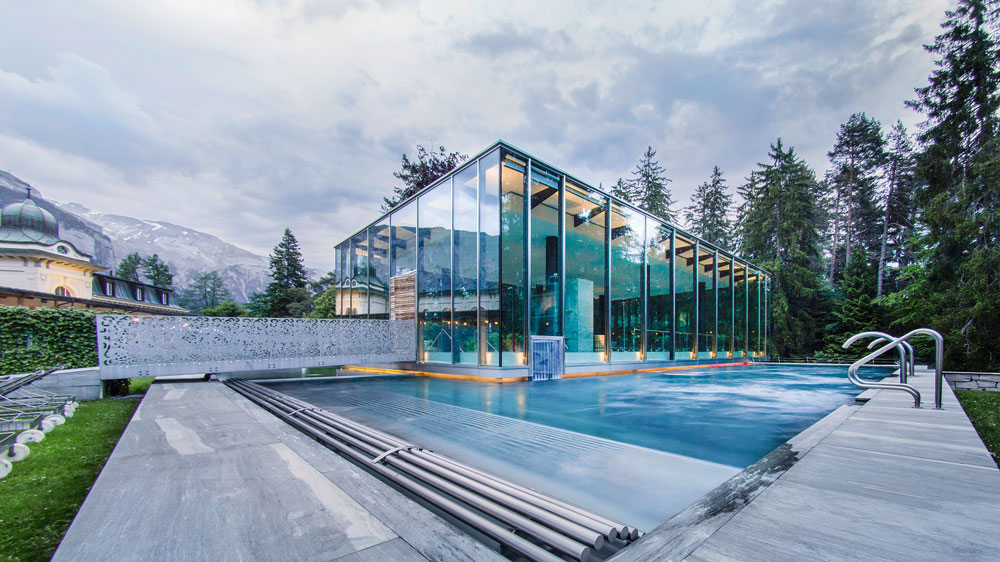 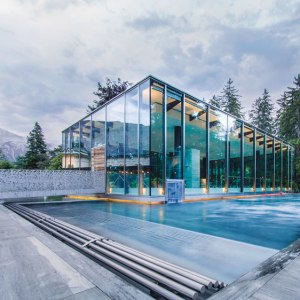 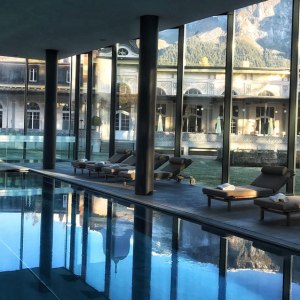 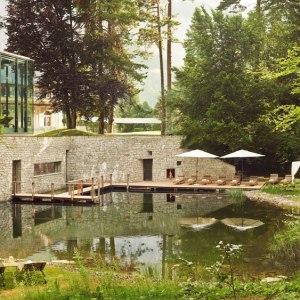 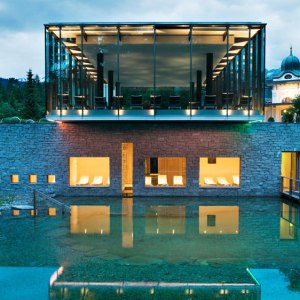 Switzerland is a wellness devotee’s mecca, with spectacular spas sprinkled throughout the country, from the peaks of the Alps to the shores of Lake Geneva. We love Dolder Grand (a sprawling oasis in the hills above Zurich), and we can’t get enough of Victoria-Jungfrau (famous for its anti-aging Koishimaru silk facials). But there’s one Swiss spa that tops them all: Waldhau Flims.

Of course, the Swiss are great at keeping secrets—look no further than their famous banking system for proof of that. But the country’s best-kept secret is hidden away in the Alpine village of Flims, in the canton of Graubunden. Waldhaus Flims first opened in 1877, a belle-époque masterpiece that today remains the grand dame of the Alps. In 2017, the historic property was relaunched with a modernized new look that upgraded the existing architecture and added 21st-century charms like new technology, contemporary furnishings, and, most impressively, a sleek glass-and-stone spa.

This 30,000-square-foot spa comes with the requisite European indulgences: saunas and steam rooms, hot springs and hammams. But the environment is hardly that of the traditional spa house: Minimalist Japanese-inspired design informs the hot and cold rooms, with vibrant colored walls and soothing stone floors adding to the mellow and austere atmosphere. An all-white relaxation room features slivers of windowed walls for meditative moments among the nature just beyond. A glass-enclosed swimming pool (fed by hot springs, of course) is perhaps the spa’s most futuristic feature, a magnificent cube resting atop a stone façade with 180-degrees of the distant Alps.

Adding to it is modernized look is Waldhaus Flim’s therapies, which include cutting-edge practices from around the world. Partnerships with brands like Ligne St. Barth and the vegan Ananné focus on innovative anti-aging treatments while the massage menu reads like a trip around the world with therapies that come from Hawaii, India, and Japan. Of course, tradition is still alive and well at this modern oasis: For a taste of old Swiss bathhouses, head to resort’s in-ground sauna for a warm natural respite among the mountains.